As the current Trans Am presented by Pirelli series season schedule continues to evolve with the dynamic situation that 2020 has presented,  the postponement of the second race of the season— Michelin Raceway Road Atlanta—was met with understanding by the field of Trans Am racers. But one driver who could not be blamed for an extra dose of disappointment was Amy Ruman,  who has enjoyed a lot of success at the ultra-quick Georgia circuit through the years.

The Ohio-based driver of the No. 23 McNichols Co. Corvette found a second home at the challenging 2.54-mile circuit carved out of the red Georgia clay.

Following in the footsteps of trailblazing Trans Am drivers like Deborah Gregg and Lyn St. James,  Ruman became the first female driver to win in the Trans Am Series with a victorious visit to Road Atlanta in 2011. 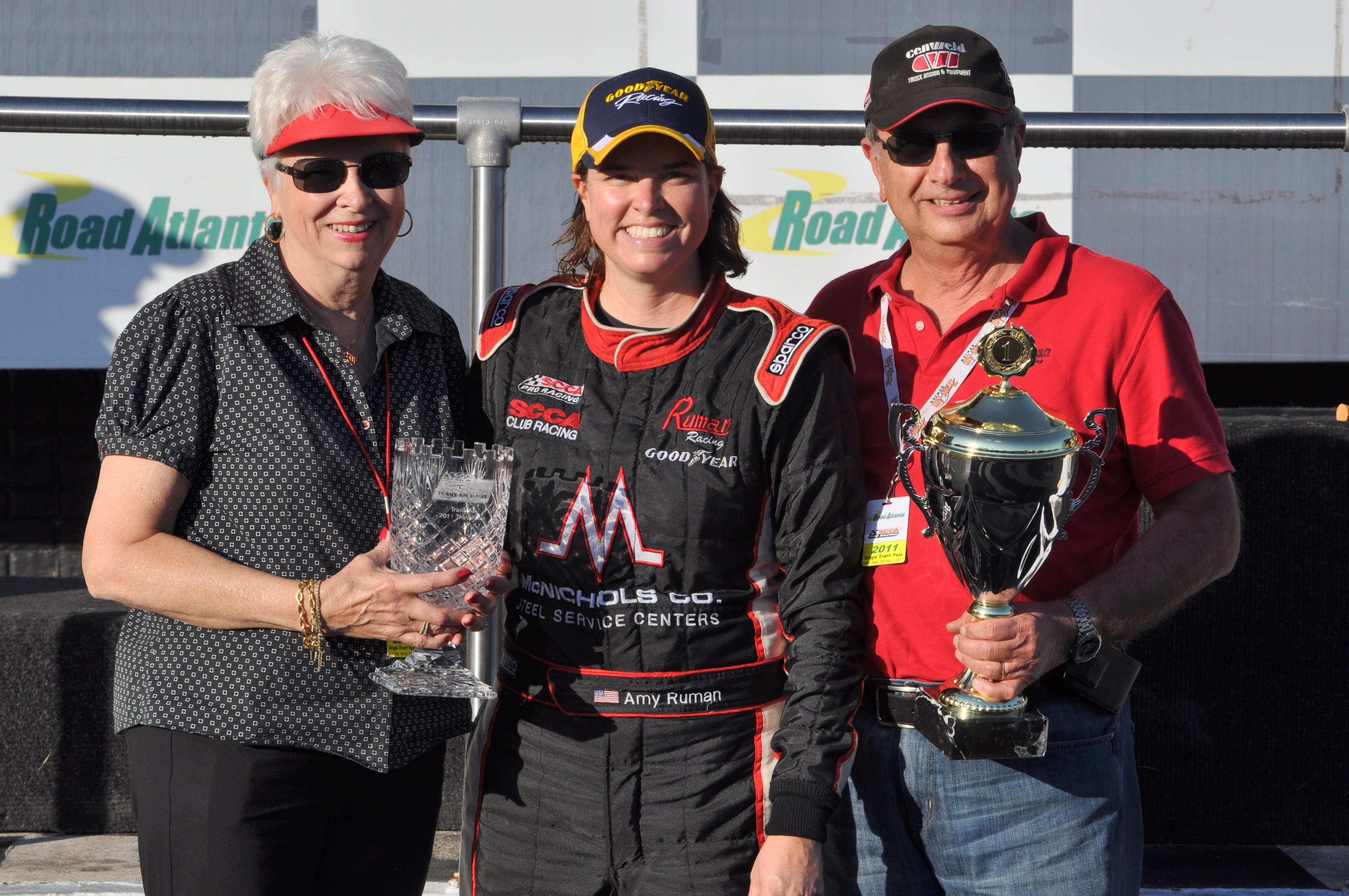 The Road Atlanta victory in the 2011 season finale helped the Akron, Ohio native place third in the final standings. That began a run that saw her place in the top-three in six of the next seven seasons. After that Road Atlanta breakthrough, Ruman has gone on to win 16 races in her 14-year Trans Am career, including eight in 2015 that led to her taking the first of two consecutive championships.

“Road Atlanta is a very special track for us, because it’s the place where I won my first Trans Am race,” said the 46-year-old driver. “I was breaking barriers because I was a woman in the Trans Am Series, so there have been a lot of firsts.”

Finishing near the front has been a habit for Ruman at Road Atlanta. She won at the Georgia circuit in 2015, her fourth consecutive victory in a streak that began at the 2014 season finale at Daytona. She also won there from the pole in 2016, beginning a two-race winning streak. She’s also finished second, third on three occasions and fourth twice. Her lone finish out of the top five at Road Atlanta was ninth in 2018.

“Road Atlanta is a tough track,” she said. “You have to be consistent there, for sure. There are a lot of challenges there, especially with the downhill Esses and the downhill coming down to the front straight. Overall, I think if you setup is good and the weather is good, you can do really well there.” 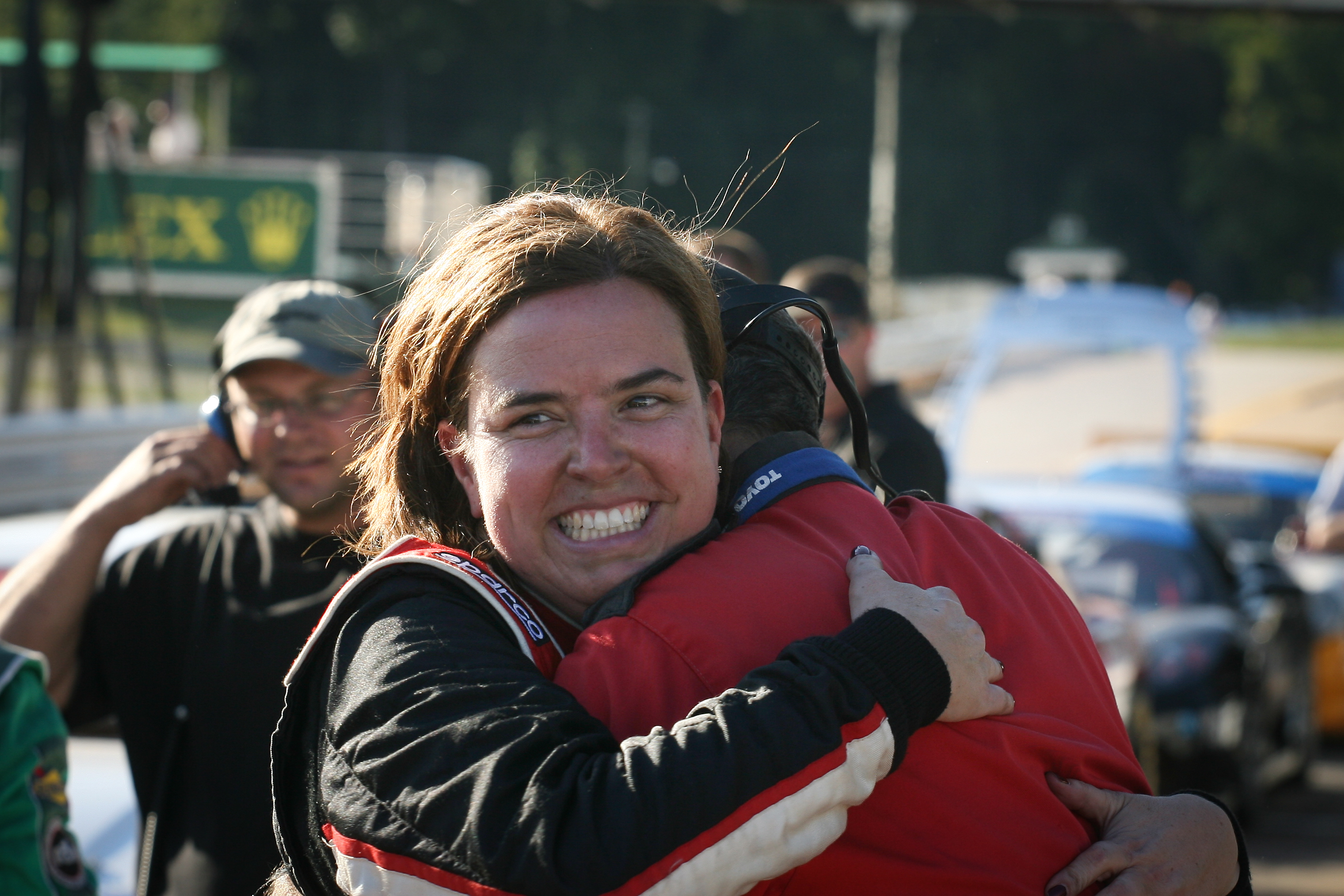 Trans Am racing is a family affair for the Ruman clan. Amy’s dad, Bob, joined the series in 1996, driving a Chevrolet Camaro to a 10th-place finish – an impressive debut for a privateer. Bob Ruman competed in 95 career races, posting 30 top-10 finishes. He switched to a Corvette for Sebring in 2000, and ran that marque for the remainder of his career.

Ruman made her series debut with a seventh-place finish at Cleveland in 2005. She was at the wheel of a Corvette – the only car she’s raced throughout her 14-year career. Ruman became the first woman to capture a pole position in only her third start – at Topeka, Kansas, during the abbreviated 2006 season – her first of five career poles.

“I’ve found a home in Trans Am,” she said. “We love it. We’re part of the Trans Am family, and I’m proud to be part of the Trans Am legacy. A lot of people jump around, but our team’s got so much invested in it. We know the cars – and these are cars that we like to run. There’s so much horsepower. They’re fast and fun to drive, and we love the format. We run 100-mile races, and we don’t need to have pit stops, fueling and a lot of crew members.”

Still going strong, Ruman began the 2020 campaign with a third-place finish at Sebring International Raceway, her 44th career podium finish to go along with 74 top-five finishes and 100 top-10s in 113 starts.

“Our competition is getting pretty deep,” she said. “Trans Am is where it’s at, and a lot of people are coming to our series, and we’re faced up against a lot of top drivers, a lot of top teams. It’s very competitive, but that’s what makes it fun.

“For us, ‘bad’ is to take home a third or a fifth,” Ruman added. “Some people would love to get that. But once you start hitting the top three, you want to stay there. We’re up against a lot of good teams, but we want to stay relevant and put on a good show for the fans. We want to stay on the top. I love to race – that’s what I’m here to do.”

For now, Ruman – along with everyone in the Trans Am family – can only wait for the “all clear” to resume to action, including another visit to Michelin Raceway Road Atlanta.