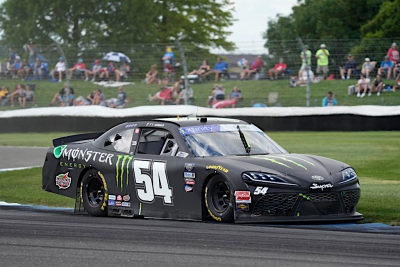 “We have a good points cushion heading into the final round. The key is just getting stage points and finishing strong so we can advance to the round of eight. The Roval is a tough track and it will be interesting with the different strategies. We need to keep our heads down and make sure we’re focused on advancing. I know Chris Gayle and the 54 boys will bring a good Monster Energy Toyota GR Supra.”