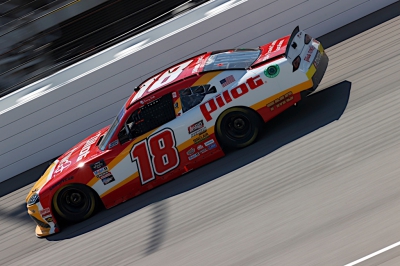 From the Driver’s Seat:

Sammy Smith: “I am feeling confident going into Watkins Glen this weekend with the No. 18 Pilot Flying J team. I am more comfortable in our Toyota GR Supra with a few races under my belt and our run at Road America showed we can run well on road courses. I will definitely take what I learn during ARCA on Friday and apply it to practice, qualifying, and the race on Saturday. We’re looking forward to running a solid race and getting a good finish out of the No. 18 Pilot Flying J Toyota GR Supra.”