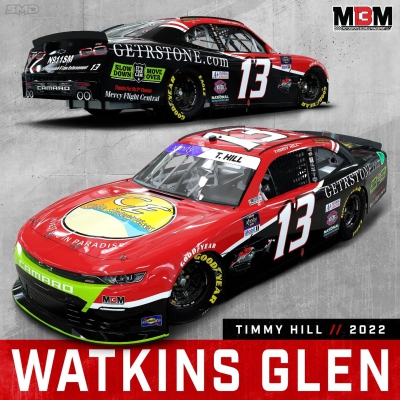 Partee made unfortunate news on June 26, 2020 when he was entrapped in a barn collapse in rural New York. A team of first responders provided extrication and on-scene medical care from volunteer fire and EMS companies along with Mercy Flight Central. The group of volunteers and paid experts worked for over an hour to extricate Craig. The eventual outcome of the traumatic incident impassioned Craig to recognize and support first responders.

“I am very grateful for all the first responders that came out to assist in my time of need and risk their own lives to save mine. Until I required their services, I didn’t realize the crucial role that they play in our communities.” Craig recognizes the difficulty in Upstate New York’s culture of volunteer emergency services. “It’s getting very hard in rural areas in New York and all across America to find volunteers and people interested in pursuing first responder careers. I want to express my sincere appreciation to all who came to rescue me and give me a second chance on life.” Partee’s second chance is the inspiration for the car name: 2ND Chances.

Partee continues, “my objective for fielding 2ND Chances at Watkins Glen is to bring awareness to the shortage of personnel in the first responder field. I know if we don’t fix this problem in the near future, no one may be available to respond to a 911 call in a time of need. I am alive today because of the care of law enforcement, fire services, medics, EMTs, nurses and doctors.”

Partee says, “awareness of the “Slow Down, Move Over” safety campaign is also important.” One of the most dangerous parts of a first responder’s job is working on the side of the road—a traffic stop, assisting a motorist or crash investigation. To protect law enforcement and first responders, every state has “Move Over” laws, requiring drivers to slow down and, if possible, move over when approaching stopped responder vehicles with emergency lights activated. “Many of my friends work in the towing and recovery industry and as first responders. It’s important to bring attention to the inherent danger of responding to traffic accidents and recovering vehicles on the roadside.”

2ND Chances include other sponsor companies acknowledging the need of first responders.

The on-track action at Watkins Glen International begins with NASCAR Xfinity series qualifying August 20 at 10:35 am. The race starts at 3:00 pm. Live television coverage is on USA Network.

The public is invited to view the car Thursday, August 18 from 4pm to 7pm at Fleur De Lis Brew Works in Seneca Falls.