Sam Mayer Back with JR Motorsports and No. 1 Team in 2023 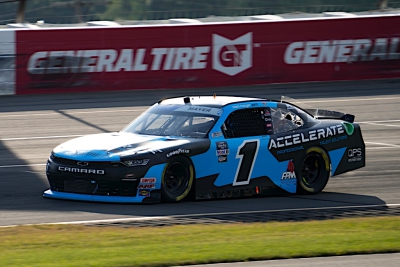 Sam Mayer will return to JR Motorsports and race full-time in the NASCAR Xfinity Series in 2023, the team announced today. The 19-year-old will again pilot the No. 1 Chevrolet in his third consecutive season with JRM.

Mayer, who ran a part-time schedule in 2021, is currently 21 races into his first full-time season with the organization. Ninth in the championship standings with only five races remaining before the playoff cutoff, he’s squarely in the hunt on the strength of eight top five and 11 top 10 finishes, including a string of seven top-five efforts in eight races earlier this year.

“We’ve seen tremendous growth and maturity from Sam on and off the racetrack,” said Kelley Earnhardt Miller, JRM general manager. “He is consistently running up front, is fast each and every week and provides great visibility for his partners. With all the situational knowledge he’s gained this year, I’m looking forward to seeing what he can do to finish out 2022 and into ’23.”

Mayer has tallied nine top fives, 17 top 10s and one pole in 39 starts with JRM.

“It’s a good feeling to get this squared away,” said Mayer, a native of Franklin, Wis. “Now we can focus on locking ourselves into the playoffs and getting that first Xfinity win. JR Motorsports has been a great place for me all the way back to my late model days. We’re expecting big things for this No. 1 team for remainder of this year and beyond.”

An alumnus of JRM’s Late Model program, Mayer was also the 2019 NASCAR K&N Pro Series East champion, which crowned him the youngest champion in any NASCAR series at the age of 16 years, three months and eight days. He holds one win in NASCAR Camping World Truck Series competition.