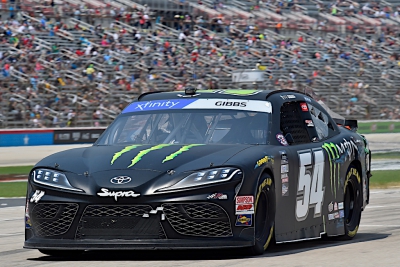 “The two weeks off were nice, but I’m ready get back behind the wheel. I’ve never been to Nashville and I know it’s a challenge as it’s 1.33 miles and concrete. Kyle (Busch) and the 54 boys won there last year and I know we’ll have a strong Monster Energy GR Supra.”

“It’s been nice to have two weeks off. Good for the guys to recharge and also helps to get caught up at the shop. We’ve got a busy summer stretch with five oval tracks and two road courses coming up. Will be a good challenge for anyone and I think Ty and the Monster Energy Toyota GR Supra will be strong.”