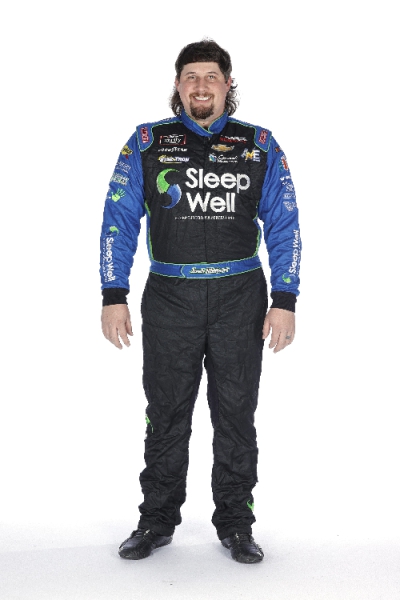 When you think of today's NASCAR Xfinity Series, a couple of names might pop up. Noah Gragson, Harrison Burton, Austin Cindric, Riley Herbst, Justin Allgaier, and many more talented drivers. But most of the time probably running 20th or so is a man by the name of Josh Williams. The one with the down to earth personality and the awesome mullet blowing in the air on race day. The one who pilots the 92  orange and blue Chevy Camaro for DGM Motorsports. This is Josh Williams: Xfinity Series favorite underdog.

Josh was born into a racing family. In the interview I had with him he said “ I was in victory lane in my mama’s belly. My dad was a racer growing up. Going to a race track has always been a thing for me. “ Williams said “I started racing at the age of 4, running road race karts down in south Florida and followed the steps from there. “ He also mentioned he went up the ladder to quarter midgets, bandolero series, legend cars, and pro trucks series.

In 2010 Williams drove for his family's team driving the 02 car in the ARCA Series, as well as driving for series veteran Andy Belmont for a few races here and there. Williams continued on his ARCA journey all the way till 2016 when he got an opportunity to do a start and park at Michigan International Speedway for Jimmy Means in the Xfinity series. “ I was standing in a parts store in Mooresville, North Carolina and Jimmy came in looking for a driver to do a start and park at Michigan, and the guy behind the counter pointed at me and said ‘ that’s your guy right there.’ So me and Jimmy got together there and ended up doing that.”

Williams finished 38th in that race in 2016. What he thought was a random start and park start actually led to who he drives for today. “I had my NASCAR License and soon after that start and park, Mario ( Mario Gosselin , Owner of DGM Motorsports ) contacted me after that to do some start and park stuff for him. We eventually found more sponsors and ran a few more races and then it finally developed to a full time deal so it's pretty cool. I love them guys to death and Mario has always been good to me and given me a lot of opportunities.”

Josh has had over 120 starts with DGM Motorsports dating all the way back in 2016. In total, he has 8 top tens and 9 laps led. From 2019 (first full time year) to 2021, he has finished 17th, 15th, and 18th in the championship standings respectively . I asked Josh on a letter grading scale , A being the best and F being the worst, on what he thought he would grade himself on this year.

On November 15th, 2021, DGM released a statement saying that Josh was not going to return to the team in 2022. Many fans wonder what his next step will be in NASCAR, so I asked what his 2022 plans were, as well as asking if he would like to stay in the Xfinity series or even make a move forward to Cup or a step back in the trucks? “ I definitely don’t think turning backwards is the way to go in the truck series even though a lot of drivers do that. It doesn’t really make sense to me honestly. We will definitely go full time Xfinity series racing next year and it’s all about sponsorships and partnerships. Hopefully we can put some stuff together and even try to make a couple of Cup starts next year.”

From kart racing in south Florida to full-time Xfinity series driver, Josh has gone through the ranks as an underdog. Hopefully we see Josh in a competitive ride in the near future as he has the talent this sport needs.