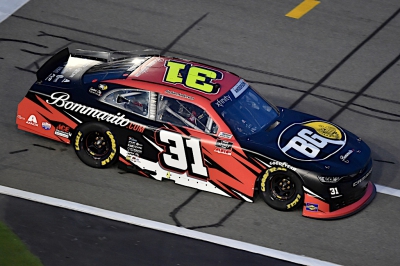 – Kansas Speedway Stats; The Kansas Lottery 300 will mark Anderson’s sixth NASCAR Xfinity Series (NSX) start of the 2021 season, and first NXS start at the Kansas Speedway. Since 2015, Anderson has competed annually in the NASCAR Camping World Series (NCWTS) race at Kansas Speedway. In nine starts at the 1.5-mile Tri-Oval Anderson holds an average finish of 23.22 with a best finish of 13th coming in 2013.

– Chassis; JAR will bring Chassis No. 105 for Anderson to compete with in Saturday’s Kansas Lottery 300 at Kansas Speedway. Chassis No. 105 would last compete for JAR at the Richmond Raceway in the Go Bowling 250 with Josh Berry driving the No. 31 Chevrolet Camaro SS to a 24th place finish. Prior to Richmond, Berry would steer No. 105 to a Top-Ten finish at Pocono Raceway in his second start with JAR. In No. 105’s debut for JAR at Texas Motor Speedway in June team owner Jordan Anderson would experience clutch issues at the start and would come home with 34th place finish.