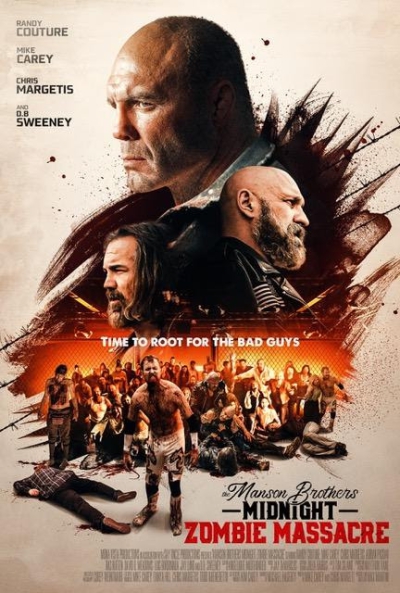 With more and more women breaking barriers in male dominated sports including wrestling, race car driving and football, the filmmakers are proud to support and celebrate women who are shattering ceilings - and perceptions. Rising star NASCAR Xfinity Series Driver Natalie Decker is one of those trailblazers. Decker will be supporting the release of the film by wrapping the hood of number 23, her official racecar in film-themed attire.

The film tells the story of wrestling tag team, The Manson Brothers, now in their twilight years, who are relegated to smaller promotions and agree to a midnight cage match on Halloween. What they don’t know is the contest involves being trapped in the arena swarming with infected wrestlers and fans that are changing into blood thirsty zombies. Armed only with their wrestling skills and enchanted lucha libre masks, they must fight for their lives and ensure the virus is contained to prevent an all-out zombie massacre.

“We’re thrilled to collaborate with Natalie Decker, said filmmakers Mike Carey and Chris Margetis. “We are both Girl Dads and one of us was raised by a single mother. This is our way of paying tribute to women, especially those who are on the rise in traditionally male-dominated professions.”

“I’m excited to support the arts, as I actually started out in theater at age three and would love to be more involved in film in the future,” said NASCAR Xfinity Series Driver Natalie Decker. “I loved this film and proud to help put the word out just in time for Halloween.”