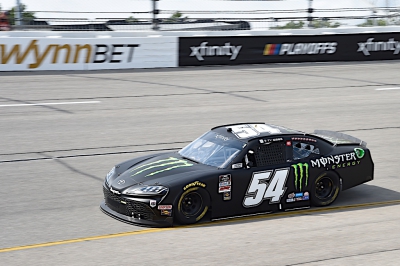 “I’ve been to Bristol before, but not in an Xfinity car. It’s a challenging track and anything can happen there. The lap times are so quick, but I think Chris Gayle and the crew will bring me a good Toyota Supra and we’ll see what we can do. We didn’t get quite the finish we wanted at Richmond, but finished ahead of the 22 (Austin Cindric) and the 16 (A.J. Allmendiner) so we’re ahead in the owner championship. It’s a double-header weekend for me with ARCA on Thursday and then Xfinity on Friday. Should be a good weekend.”

“Ty has been to Bristol before, so it’s helpful that he has laps there and has seen the place. It’s his first time in an Xfinity car there, but it always helps that he’ll do the ARCA races the day before. Just having laps always helps. We’ll bring a good Toyota Supra and hopefully have a solid run and extend our lead in the owner championship.”

Rate this item
(0 votes)
Tweet
« Ty Dillon Returns to the Our Motorsports #23 with Hometown Lenders, Inc. BRANDT Continues Partnership with Justin Allgaier and JRM in 2022 »