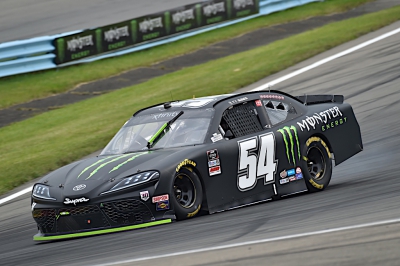 Ty Gibbs, Driver of the No. 54 Sport Clips Toyota Supra

“I haven’t been to Michigan before, so it will help to run with ARCA on Friday afternoon before the Xfinity race on Saturday. Chris Gale and the crew will bring us a good Sport Clips Toyota Supra and we’ll see what we can do. It’ll be an interesting weekend because we race three days in a row because we’ll leave Michigan and head to Springfield, Illinois on Sunday for the ARCA race on the dirt-mile. So it will be a fun weekend and hopefully a successful one.”

“I like Michigan and was able to win there a few years ago with Kyle Busch. Ty running the ARCA race on Friday will help him get some laps at Michigan before the Xfinity race. We'll bring a strong Sport Clips Toyota Supra and see what we can do. It's been great to have Ty in the car for three straight weeks and he keeps getting better and better. Hopefully we can have a strong run this weekend.”