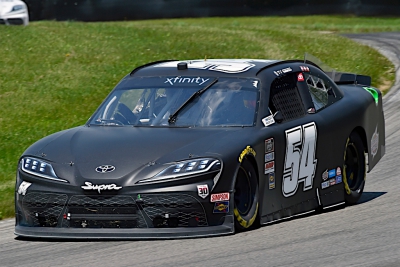 Ty Gibbs, Driver of the No. 54 Monster Energy Toyota Supra

“I’ve been to Watkins Glen before in a K&N Pro Series East race a couple of years ago. I’ve never been there in an Xfinity car, but am looking forward to driving the Monster Energy Toyota Supra. We had a good four weeks in ARCA and won two races and have the points lead. Its double duty this weekend with ARCA and Xfinity, but I know we’re ready.”

“This is one of my favorite road course events we race in the Xfinity Series. It’s a little unique compared to most of the road course events we race, with higher speed corners and a little more right hand turn biased. It provides some challenges and setup differences that we don’t have at some of the other road course tracks. It’s also good for 54 crew guys to have a couple extra weeks to prepare for this event with the summer / Olympic break and we’ve been able to get some early work completed in the simulator and have some extra time to prepare the car and setup for this event. It’s also going to be fun to have Ty back in the car at Watkins Glen, so were looking forward to getting him back in the seat and start our three race stretch with him off right with a strong run at Watkins Glen. He already has some experience at the Glen, and should get more laps in the ARCA race before our event on Saturday. So the expectation is to get him more experience in the Monster Energy Toyota Supra and have another strong weekend in Watkins Glen.”