NXS: Ty Gibbs win for second win of the season at Charlotte 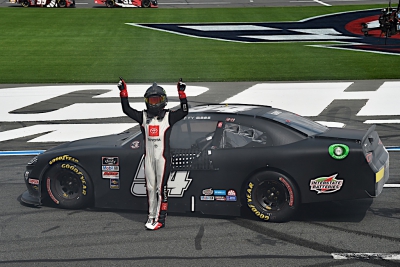 Gibbs overcame a spin late in the race to win his second win of the season.

Gibbs pulled ahead from Chase Briscoe with 20 laps to go in the race for the lead. Briscoe would slide up into the wall and make contact after an incident.

“i didn’t hit him. I absolutely helped him out with him getting lose there and it was not my intention,” Gibbs told FS1 post-race.

Rounding out the top five were Austin Cindric in second, Harrison Burton in third, Brandon Brown in fourth and Tyler Reddick in fifth.