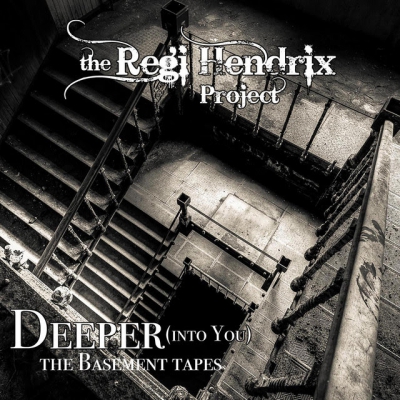 Regi Hendrix has spent time performing in a Jimi Hendrix tribute band, The Regi Hendrix Band, while writing, refining and recording his original material. He has performed with artists such as Greg Howe and Carl Roa, Craig Erickson and Don Mancusso.

Aside from being a multi-talented musician and songwriter, Regi has written "Deity" his book that deals with the very foundation of modern-day religion and is now working on its sequel. He is also a painter working on a collection in commemoration of the 50th anniversary of his older cousin's death entitled Hendrix-by-Hendrix "The Room Full of Mirrors" collection.

Currently, Hendrix is working to promote his newest album, Deeper (Into You): The Basement Tapes. Fans can support Regi by downloading or streaming his album on iTunes, Google Play Store, or Spotify.

The 2021 NASCAR Xfinity Series heads to the historic Darlington Raceway for Throwback Weekend on Saturday, May 8th. To keep up with Jeffrey Earnhardt, follow his social media pages @JEarnhardt1 and visit his official website at www.JeffreyEarnhardt.com.  For all things JDM, follow along on our social media pages @JDMotorsports01, and visit the team’s official website at www.TeamJDMotorsports.com. #TeamJDM