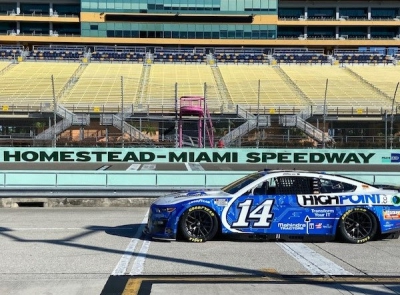 The two-day test, held on Tuesday and Wednesday, also featured all 12 of the drivers who remain in the battle for the 2022 NASCAR Cup Series Championship. Fans got to witness the Tuesday practice for FREE from the grandstands. The Dixie Vodka 400 at the 1.5-mile venue will serve as the second race in the Round of 8, and if an eligible driver wins the event, he will automatically punch his ticket to the Championship 4 at Phoenix Raceway in November.

This year marks the first time since 2019 that Homestead-Miami Speedway, the historical South Florida venue, has been in NASCAR’s playoff mix. The Dixie Vodka 400 will showcase for the initial time the sleek new design and competition-focused ’Next Gen’ car that has produced a record 19 winners in the 29 races thus far in 2022.

“There’s a handful of places in the United States that the fans make me feel at home, and Homestead-Mami Speedway is one of them,” said Mexico native Daniel Suarez, one of the participants, who sits 11th in the standings with his Trackhouse Racing Chevrolet team, co-owned by Miami native Pit Bull and Justin Marks. “I always see a lot of Mexican flags in the grandstands here. It’s always fun to be here. It’s all about learning (this week) to see what the car can do at the bottom, the middle and the top of the track. This track is very tricky, so we are keeping data and learning.”

For Logano, who captured the 2018 NASCAR Cup Series Championship at Homestead, being back at the track has extra meaning.

“I love this race track, one of my favorites,” admitted Logano, who pilots the No. 22 Team Penske Ford. “I have a lot of great memories here. The track has a lot of character and really races well…the cars move around a lot. This morning when we arrived (in Homestead) at the airport I remembered to that day in 2018 after we won the championship, loading up at the airport to fly home. It’s a special place.”

With the ’Next Gen’ car, NASCAR’s premier series has also seen five ’first-time’ winners in 2022. The new car was designed to incorporate elements in the body that better replicate the look and feel of a street car, emphasizing the foundations of early racing. Its technological advancements have allowed teams to maximize engine performance and intensify the competition aspect of racing.

Fans can catch the full-fledged competitive nature of the Next Gen car at the upcoming race weekend in the Dixie Vodka 400, which is set for a green flag start at 2:30 p.m. ET on Sunday, Oct. 23. Saturday (Oct. 22) kicks off with a doubleheader featuring the Baptist Health Cancer Care 200 (1:00 p.m. ET), the “last chance” race in the NASCAR Camping World Truck Series Playoffs Round of 8, followed by the Contender Boats 300 at 4:30 p.m. ET for the NASCAR Xfinity Series Playoffs Round of 8.

For more information regarding the race weekend, including 3-race ticket packages, camping, and hospitality, visit homesteadmiamispeedway.com or call (866) 409-RACE (7223).

Fans can stay informed with up-to-date happenings at Homestead-Miami Speedway on Twitter, Facebook and Instagram, as well as the all-new NASCAR Tracks App for the latest speedway news.