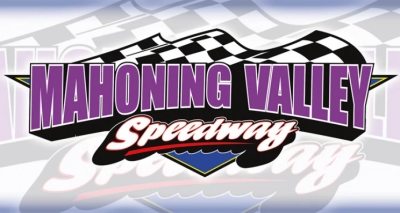 With Hahn’s signature 7over7 number as his trademark, the Modifieds raced in a 77-lap feature and picking up a surprise win was Kunkletown’s Jaden Brown who wheeled his Sportsman Modified, doing so with a magnificent flag-to-flag run from the lead position and beating Kyle Strohl to the checkers.

“Wow we just did this with a 602 Crate (engine) and I’m speechless,” said Brown, who has three Sportsman wins this season.

“I did my best to save my tires and stayed focused on hitting my marks and making sure that if anyone was behind me that I can hear them and not give up the bottom.”

By random draw Brown drew the outside pole and lined up alongside his stepbrother, Brody George, marking the first time two brothers started on the front row for a Modified feature. Once the race got underway Brown blasted to the opening lap lead while third starting Strohl moved to second.

It soon became a rapid paced affair as Brown was smoothly pulling away from Strohl and the pack while the laps clicked off caution free over the first 47 tours. A spinning Gene Bowers then brought out the caution at that juncture.

Just prior to what would be the only slowdown of the race, Strohl was beginning to reel in Brown and for the two abreast restart it was suspected that his full Modified would have the power to overtake the lesser of Brown’s. However, Brown was on his game and able to get the jump.

“On that restart I didn’t know who it was going to be alongside me and then when I saw it was Kyle (Strohl) and I just did the best I could from then,” reflected Brown.

From there on it was close quarter action for the lead as Strohl tried tirelessly to unseat the leader. And with just a handful of laps to go it appeared that his efforts would pay off. In the closing laps Brown slightly opened up the low lane and Strohl was quick to move in. As they raced into Turns 3 and 4 Strohl aimed to make a pass but got slightly off balance and almost spun.

He managed to make a great recovery but by then Brown pulled ahead enough to secure the verdict and his first Modified class win.

“I saw him (Strohl) stick his nose in there and at that point I was just trying to hold on because I didn’t know how much we had to go,” conveyed Brown.

“We bumped a little bit and I was coming back down to get into the turn and you do what you have to do. I would have done the same thing.”

For Strohl, who leads the points in both the regular standings and MVSHoFS, it was his fifth runner-up this season.

“He (Brown) did a really good job and I was just hoping he was running his tires off but that wasn’t the case I just thought I could catch him by surprise but he held his line pretty good and luckily we both where able to drive away from it,” said Strohl of his pass attempt.

“We were loose right from the get-go and I knew it was going to be like that the whole race so I just tried to save it and wait for the opportunity that he gave me on the front straight but I just wasn’t there, wasn’t ready for it,” he continued.

“In this class power isn’t everything and having a little bit less of a motor can actually help you. It’s less wear on the tires and in a long run that’s what’s going to help at the end of the race and park in the Winner’s Circle.”

Third place finisher Austin Kochenash drove a heck of a race, coming from 11th at the outset. With only one caution Kochenash had to rely on his power and driving in garnering the hard fought conclusion. Likewise Lou Strohl did much of the same as he followed Kochenash to a solid fourth while Brian DeFebo rounded out the top five.

By luck of the draw Josh Mooney of Lehighton started from the pole in the Street Stock feature and made it stick at the top spot for the whole distance in a nonstop affair.

Mooney stayed glued to the bottom lane and in doing so was able to keep Johnny Bennett at bay who chased him across all 30 laps.

It was the second Hall of Fame victory for Mooney this year, as he also won during the Dave Schlenker Tribute. His fast paced run was competed in a caution free time of 6:06, which added up to his 11th career win.

In the Hobby Stocks it was Shayne Geist of Lehighton racing to his second straight and fourth 2022 win.

Geist started from the pole and despite being able to lead all 25 laps had a constant handful to contend with as Ryan Berger, Corey Edelman and Nick Schaeffer were all closely enshrouded with him.

Edelman and Berger put on some thrilling side-by-side racing and then with seven laps to go Edelman did the same with the leader. But, for Geist he was not ready to let Edelman take another win and he unwaveringly stood his ground en route to his 14th overall career win.

Lehighton’s Adam Steigerwalt collected his second Futures victory of the season since winning the season opener. He led the early going but was then caught and passed by Maggie Yeakel.

With six laps to go Yeakel, who had begun to pull away, suddenly got loose and almost spun, which allowed Steigerwalt to catch her and race side-by-side in an attempt to regain the lead.

On the back straight of that lap Yeakel again got loose and this time did spinout. Steigerwalt did a heads up job of driving by her and the rest of the way had to fend off Michael Klotz who rode his back bumper to the checkers.

The visiting Micro Stocks joined the card and it was has become all too common for the class Alex Greenzweig of Kunkletown picked up the win.

Greenzweig made some late race maneuvers to grab the lead from Lydia Snyder and then hold off hard charging Anthony Wood.