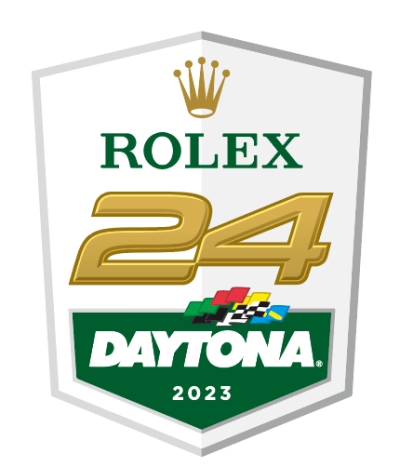 Tickets are on sale NOW for the 61st Anniversary Rolex 24 At DAYTONA the weekend of January 26-29, 2023, with the return of the iconic IMSA GTP class, which will feature new hybrid prototypes from a variety of different manufacturers. Fans are encouraged to reserve their place in history by clicking here or by calling 1-800-PITSHOP. Advance pricing for 2-day tickets is $75 for adults and includes access to the infield, garage and venue. Fans wishing to attend all 4 days can do so for just $115. Kids 12 and under are admitted free.

New in 2023, garage access will now be included for all 2-day infield and single-day customers, enhancing the experience for guests by providing close access to the incredible cars and teams as they prepare for North America’s most prestigious sports car race. The storied “twice-around-the-clock” Rolex 24 At DAYTONA is the ultimate test of endurance, speed and skill for world-class competition and at the World Center of Racing. It will take the green flag on Saturday, Jan. 28 on Daytona International Speedway’s iconic 3.51-mile road course to open the IMSA WeatherTech SportsCar Championship season. The new GTP class is a hearkening back to a highly successful era of IMSA prototype racing in the 1980s and 1990s.

As part of a historic convergence agreement between IMSA and the Automobile Club de l’Ouest (ACO) – which organizes the annual 24 Hours of Le Mans and the FIA World Endurance Championship – the new generation of prototypes will be eligible to compete for overall victories all over the world, from Daytona to Le Mans and beyond.

“The 2023 Rolex 24 At DAYTONA will be a continuation of the rich legacy here at The World Center of Racing,” said Daytona International Speedway President Frank Kelleher. “It begins a new tradition, with the state-of-the-art new prototype race cars, and brings back an old one with the GTP class. Along with the ’up-close’ access and the fan interactives, it’s a weekend that fans spanning the globe will not want to miss.”

The Rolex 24 At DAYTONA will also highlight pre-race grid access along with the popular ferris wheel and fireworks, autograph sessions, live entertainment and displays from the top manufacturers. Practice sessions in all classes kick off the Rolex 24 At DAYTONA on Thursday and Friday, Jan. 26-27. In addition, Friday’s slate will feature the four-hour BMW M Endurance Challenge to open the IMSA Michelin Pilot Challenge season.

The following weekend, The NASCAR Foundation will host the 14th Annual ‘Taste of the 24’ in the Midway Suites at Daytona International Speedway on Saturday, January 28th at 6 PM. Tickets for the exclusive food and beverage celebration, one of the premier kick-off activities of the 2023 motorsports season, can be found on the NASCAR Foundation website here.

The inaugural Rolex 24 was just a three-hour event in 1962, initially known as the Daytona Continental, with Hall of Famer Dan Gurney taking the checkered flag. Now, the Rolex 24 is 24-hours of intense racing at one of the most coveted racetracks in the world. Held on Daytona’s world-famous 3.56-mile road course, the event is renowned for annually attracting many of the world’s finest race car drivers from various racing disciplines to make history competing against one another.

Fans can stay connected with Daytona International Speedway via www.daytonainternationalspeedway.com, on Twitter, Facebook and Instagram, as well as the all-new NASCAR Tracks App, for the latest speedway news.