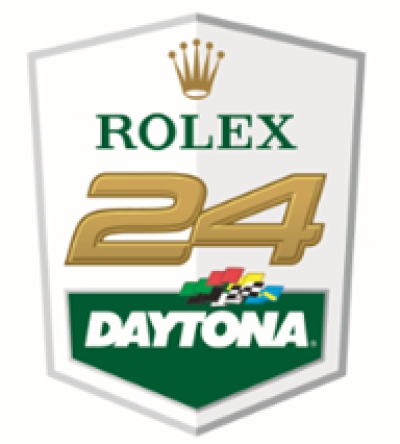 The wait is over. The 2022 IMSA WeatherTech SportsCar Championship season has arrived.

After three days of on-track action during the Roar Before the Rolex 24 At DAYTONA Presented by INX, Daytona International Speedway’s 3.56-mile tri-oval now turns its focus to the 60th Anniversary of the Rolex 24 At DAYTONA - North America’s most prestigious sports car race - this weekend, on Saturday and Sunday, Jan. 29-30. The WeatherTech Championship classes hit the track Thursday through Sunday for practice sessions.

Tickets are available for the week’s activities and include the below. For all ticket information for the Rolex 24 At DAYTONA weekend, log onto www.daytonainternationalspeedway.com or call 1-800-PITSHOP.

A packed field of 61 cars is entered, the most in eight years. To help familiarize you with some of them,  IMSA.com has compiled a team-by-team capsule list of the incredible DPi class which features a “who’s who’ in motorsports. Take a look below.

Van der Zande returns to the No. 01 Ganassi Cadillac a year after a heartbreaking end to the 2021 Rolex 24 At Daytona. He was leading when a flat tire forced him to the pits with less than eight minutes remaining in the 24-hour race.

Bourdais returns to Chip Ganassi Racing, which hired him to drive for its GT Le Mans (GTLM) program from 2016 through 2019, including a class win at the 24 Hours of Le Mans in 2016. Bourdais has driven a Cadillac DPi-V.R the past two seasons for JDC-Miller MotorSports, earning a victory at Sebring last year.

Van der Zande, a two-time Rolex 24 winner, teamed with Jordan Taylor, Fernando Alonso and Kamui Kobayashi to win the 2019 race for Wayne Taylor Racing. In 2020, he won it with Dixon, Kobayashi and Ryan Briscoe. It will be the first Rolex 24 for Palou.

Chip Ganassi Racing has added a second DPi entry for the Rolex 24 and the IMSA WeatherTech SportsCar Championship for 2022, with veteran racers Bamber and Lynn sharing the fulltime driving duties and former Formula One drivers Ericsson and Magnussen sharing the endurance roles.

Lynn is a Mobil 1 Twelve Hours of Sebring winner in a Cadillac DPi in 2017 with Wayne Taylor Racing. He was the GP3 Series champion in 2014 and the British Formula Renault champion in 2010 and 2011.

Bamber, who co-drove the No. 01 Cadillac in the 2021 season finale, is a two-time overall winner at Le Mans as part of the Porsche LMP1 program. He also won the 2019 WeatherTech Championship GTLM title.

Magnussen, the son of former Formula One driver and IMSA great Jan Magnussen, moved from Formula One to IMSA last year. He has 35 top-10 finishes in 119 F1 races.

Ericsson, who has 97 F1 starts on his resume and won two IndyCar races last year for CGR, is making his IMSA debut.

The No. 5 Mustang Sampling Cadillac recorded two podium finishes in 2021, including a victory in the Mobil 1 Twelve Hours of Sebring Presented by Advance Auto Parts.

“It’s great to have Loic and Tristan back for 2022, and we welcome Richard and Ben to the program,” said John Church, managing partner of JDC-Miller MotorSports. “2021 was a challenging year for us. We were super competitive at Daytona until we had contact, then we bounced back and won the race at Sebring. But after that we got a little unlucky at several of the races. We know we had the speed but just never got the results.”

Vautier, who joined JDC-Miller in 2018, has five IMSA podiums to his credit, including last year’s Sebring triumph. Westbrook won the GTLM class at the Rolex 24 in 2018 in a Chip Ganassi Racing Ford GT with Scott Dixon and Ryan Briscoe. Keating is IMSA’s reigning Le Mans Prototype 2 (LMP2) champion and will also be driving in that class in the No. 52 PR1 Mathiasen Motorsports entry.

The No. 10 Konica Minolta Acura ARX-05 claimed the class and overall Rolex 24 victory a year ago, and three of its drivers –Albuquerque, Taylor and Rossi – are back along with newcomer Stevens.

Albuquerque, a multiple race winner last year in the FIA World Endurance Championship, is the 2020 European Le Mans Series champion and LMP2 WEC champion. He helped WTR win three WeatherTech Championship races in 2021, including the Rolex 24 and a runner-up in a championship battle that came down to the final turn of the final lap in Petit Le Mans at Michelin Raceway Road Atlanta in November.

Rossi, the 2016 Indianapolis 500 winner, helped WTR claim the IMSA Michelin Endurance Cup in his role as the team’s parttime endurance specialist. Stevens, Rossi’s former teammate in Formula One, is an F1 test driver for McLaren and a standout in the WEC and ELMS.

WTR has won the past three consecutive Rolex 24s and four of the past five. The team’s Rolex history includes 12 top-five finishes and nine podium finishes.

Derani, the only Brazilian driver to win the Rolex 24 and Twelve Hours of Sebring in the same season (2016), has 11 victories during his eight IMSA seasons. The 2021 DPi championship was Action Express’ fourth since 2014. It also has six Michelin Endurance Cup championships.

Conway, a veteran of British Formula 3, GP2 and IndyCar, helped Toyota Gazoo Racing win titles in WEC in 2020 and 2021. He also won the 2021 24 Hours of Le Mans with co-drivers Jose Maria Lopez and Kamui Kobayashi, who also are in this year's Rolex 24 field.

Seven-time NASCAR Cup Series champion and two-time DAYTONA 500 Champion Johnson will share the duties with two-time Rolex 24 winner Kobayashi, former Corvette Racing and Audi prototype driver Rockenfeller, and Lopez, who has won WEC titles the past two seasons. Kobayashi and Lopez also combined to win last year's 24 Hours of Le Mans with teammate Mike Conway. For the second straight year, the No. 48 Cadillac will compete in the Michelin Endurance Cup rounds of the WeatherTech Championship schedule.

Johnson also is competing in the IndyCar Series with Chip Ganassi Racing this season. He won 83 NASCAR races, including two Daytona 500s, during his 20-year career.

Kobayashi's career includes 76 F1 starts, the LMP1 victory in the 2021 24 Hours of Le Mans, as well as the WEC championship. Rockenfeller is an Audi factory driver competing in Deutsche Tourenwagen Masters (DTM). He has two class wins at Le Mans.

“The Rolex 24 At Daytona is one of the marquee races in the world,” Johnson said last year before his first attempt at the race. “It’s such a challenging event for both team and driver and requires such a high level of concentration throughout. It’s just such a fun and unique race to compete in.”

Meyer Shank Racing revamped its Rolex 24 lineup for its 19th season in the WeatherTech Championship with a return to the series’ top class. Jarvis and Blomqvist share the fulltime duties, while IndyCar drivers Castroneves and Pagenaud take over the endurance roles.

Jarvis moves from his position with Mazda’s now-defunct DPi program to the Meyer Shank Acura. He has three LMP1 podium finishes at Le Mans and claimed the LMP2 class victory there in 2017. Jarvis has been a fulltime participant in DPi since 2018 and helped Mazda win its farewell to the class at Motul Petit Le Mans in November.

Blomqvist, who was added to the MSR lineup in November, has experience in the FIA World Endurance Championship’s LMP2 class, with a victory in the 2018 24 Hours of Spa to his credit. He previously raced in the WeatherTech Championship as part of the BMW Team RLL program.

Castroneves and Pagenaud were longtime teammates in Team Penske’s IndyCar program, and both continue there this season with Meyer Shank. Castroneves won the Indy 500 last May, the record-tying fourth of his career. Pagenaud won the Indy 500 in 2019 and was the 2016 IndyCar Series champion.

Once the checkered flag falls on the Rolex 24 At DAYTONA, the World Center of Racing will begin its focus on DAYTONA Speedweeks Presented by AdventHealth (Feb. 15-20) and the 64th Annual DAYTONA 500. The week will feature six days of incredible on-track action with practices, qualifying and a total of six races among four different series. It will allow fans several possibilities to see the NASCAR Cup Series’ Next Gen car, plus some of the greatest drivers in the world in the NASCAR Xfinity and Camping World Truck Series, as well as the ARCA Menards Series.

Fans can stay connected with Daytona International Speedway on Twitter, Facebook and Instagram, as well as the all-new NASCAR Tracks App, for the latest speedway news.