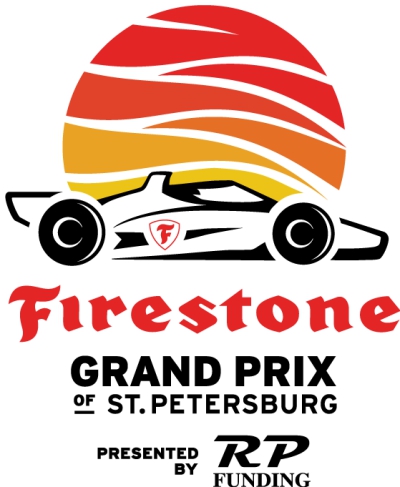 Three-day tickets to the 2022 Firestone Grand Prix of St. Petersburg presented by RP Funding are now on sale to the public. The 18th annual event is set for February 25-27, 2022, in downtown St. Petersburg.
Tickets are available online at gpstpete.com or by calling 727-898-4639 with pricing starting at $125 for reserved 3-Day Grandstand seats and $60 for 3-Day General Admission. Junior pricing is also available for those fans ages 12 and under. Pit Access and Firestone Paddock Passes can also be purchased. Single-day tickets will be released for sale in early 2022.
"We’re just over three months from the green flag falling on the Firestone Grand Prix of St. Petersburg presented by RP Funding race weekend. Fans should act now to secure the best seats with great sightlines of the racetrack set alongside the picturesque waterfront," said Kim Green, co-owner, chairman and CEO of Green Savoree St. Petersburg, LLC, organizers of the Firestone Grand Prix of St. Petersburg Presented by RP Funding. “The downtown vibe and setting which St. Pete has to offer is hard to top in all of motorsports. We can’t wait to host this great event again with all the fans back.”
The weekend schedule, highlighted by the NTT INDYCAR SERIES’ season-opening race, will have a full complement of racing series on track. Indy Pro 2000 Presented by Cooper Tires and Cooper Tires USF2000 Championship return as well as the Idemitsu Mazda MX-5 Cup bringing some fierce showroom stock racing action. Additional series will be announced in the new year.
For ticket pricing and event information, visit gpstpete.com or follow Firestone Grand Prix of St. Petersburg presented by RP Funding on social media using #FirestoneGP. Joining the E-Club also provides insider access to the latest news and offers. The complete weekend racing and festival schedule will be released in early 2022.
Rate this item
(0 votes)
Tweet
« Christmas Village Returns to Speedway Christmas with Santa, Shopping, S’mores and More Virginia Motor Speedway Releases 2022 Super Late Model Special Event Dates »