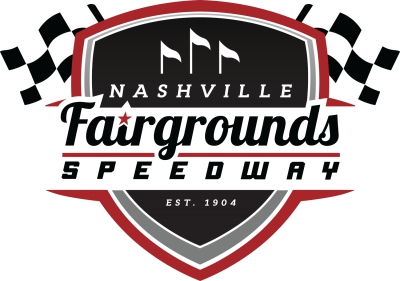 Nashville Fairgrounds Speedway is proud to announce, the baddest entertainer on the planet, Kid Rock as Grand Marshall for the 37th running of the US Tank All American 400 in memory of Jillian Brown. Kid Rock, who will make his first appearance at Nashville Fairgrounds Speedway, has taken up the role of Grand Marshal for NASCAR events, but nothing compares to the luster of the All American 400 weekend. With the best short track drivers from all over the country making their way to the Music City. The US Tank All American 400 is a can’t miss racing extravaganza.

Kid Rock is one of the greatest performers of all time. Holding records for sold out crowds throughout the country. He has solidified himself as the hardest rocking man on the planet. With top songs “Bawitdaba”, “Cowboy”, “Cocky”, and “All Summer Long.” Kid Rock has the ability to navigate multiple genres of music and has mastered them all. No one would be a better fit for one of the most entertaining race weekends Nashville has to offer. On top of being the Grand Marshal Kid Rock’s Rock and Roll Steakhouse will also be the Official Honky Tonk of the US Tank All American 400.

“We are excited to have Kid Rock serve as Grand Marshal for what is one of the greatest short track racing weekends in the country. Adding his support really speaks to the magnitude of the event. It’s amazing to bring in dignitaries like Kid Rock to stand next to some of the best short track drivers in the country,” said Nashville Fairgrounds Speedway Promoter Bob Sargent.

Kid Rock will also be in attendance Saturday and Sunday. Special VIP passes to the party deck are available at www.nashvillefairgroundsspeedway.racing. A remote version of Kid Rock’s Honky Tonk will be set up on the concourse Saturday and Sunday. Along with Kid Rock’s Honky Tonk staff to serve food and drinks both days. Plus, live music will be performed Sunday starting at 11am.

The U.S. Tank All American 400 in Memory of Jillian Brown will take place October 29th through the 31st. It will include over 200 of the country’s best drivers making their way to America’s favorite short track for 10 different divisions of racing.

Friday, October 29th will see the fourth mile championship with local division practice and qualifying at 4:30 p.m. with racing to follow at 6:30 p.m. Six local divisions will be on display including Bandoleros, Street Stocks, Front Runners, Pure Stock, Legends, and Limited Late Models.

Saturday, October 30th will have practice beginning at 12 p.m. for all divisions and All American 400 qualifying at 5:30 p.m., racing to follow. Four divisions will be running around the tight half-mile with the Van Hoy Oil CRA Street Stocks, Pro Late Model Showdown, Super Late Model Showdown, and Vore’s Compact Touring Series.

Sunday, October 31st will showcase the fantastic racing weekend with grandstands opening at 10 a.m. and pre-race ceremonies beginning at 12 p.m. with racing to start at 1 p.m. Two of the top divisions will face off as the JEGS/CRA All-Stars Tour All American 100 will go off first followed by the U.S. Tank All American Super Late Model 300 in Memory of Jillian Brown concluding the weekend.