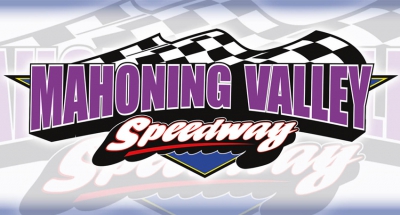 Mahoning Valley Speedway rolls into the month of August with a six event show this coming Saturday. Race time is 7:00 pm.

In action will be regular heat and feature programs for the Modifieds, Late Models, Street Stocks, Futures/Rookie Hobby Stocks and the East Coast TQ Midgets plus it will be ¼-Midget Night.

This weekend also marks just one month of point racing to go until division titles are decided with several tight division battles on the line.

In the Modifieds a pair of past champions, Bobby Jones and Brian DeFebo, are 1-2 and keeping things close between them heading into stretch run of remaining regular season races.

Nick Ross heads up the Late Model class by a few markers over veteran Lorin Arthofer II. Ross is in his first season at Mahoning and thus far has won four of six races including the last three in a row.

In the Street Stock class Mark Martini has not won a feature yet but instead has capitalized on his consistency to remain atop the standings over four former champions including Jon Moser, TJ Gursky, Mark Deysher and Randy Ahner Jr.

Not surprising the Hobby Stock title chase is going to come down to the wire as Cody Boehm, Trisha Connolly, Travis Solomon and Taylor Schmidt are locked in a close battle.

The East Coast TQ Midgets join the line-up on Saturday. The club sanctions affordable Modern and Vintage TQ Midget racing in the Northeast with TQ Midgets, 600 Micro Sprints and Xcel cars racing together on paved tracks in wingless competition.

It will also be ¼-Midget Night II at the Speedway. All ¼-Midget racers along with their handler will be admitted for free. Their cars will be on display in front of the main ticket office and during intermission be given controlled laps around the track.