On Sale! Tickets to Historic 60th Anniversary of Rolex 24 At DAYTONA Now Available 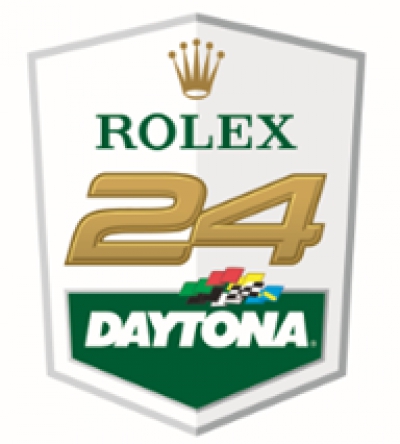 Tickets are on sale now for the historic 60th Anniversary of the Rolex 24 At DAYTONA, North America’s most prestigious sports car race. The iconic event, which is the ultimate test of endurance, speed and skill for world-class competition and at the World Center of Racing, will be held on Jan. 29-30, 2022, at Daytona International Speedway to open the IMSA WeatherTech SportsCar Championship season.

Practice sessions in all classes kick off the historic week on Thursday and Friday, Jan. 27-28. In addition, Friday’s slate will see the four-hour BMW Endurance Challenge to open the IMSA Michelin Pilot Challenge season. The storied “around the clock” Rolex 24 At DAYTONA gets the green flag on Saturday, Jan. 29. Tickets, Camping, Hospitality (including the Rolex 24 Lounge) and other experiences can be purchased online at www.daytonainternationalspeedway.com or by calling 1-800-PITSHOP.

Among the options available are 2- and 4-day admission packages, granting fans access to both the infield and the venue for the Rolex 24 and the Roar Before the 24. 2-day passes are $60 and 4-day passes are $110 and include Garage access. Kids 12 and under are free. Fans in attendance will have access to the ballfield and grid for pre-race ceremonies, including driver introductions and the grid walk.

With 24 hours to explore, fans can take advantage of a host of experiences, including the Open Fan Grid Walk, Autograph Session, Carnival atmosphere at the Boardwalk featuring the traditional Ferris wheel, fireworks show over Lake Lloyd, Heritage Exhibition display, and Garage access. In addition, Daytona International Speedway will pay tribute to noted Rolex 24 Champions, as well as the magnificent machines that carried them to victory, as part of the 60th anniversary celebration.

“The 2022 Rolex 24 At DAYTONA will be a celebration of 60 years of memorable, iconic moments, and the continuation of a rich legacy at The World Center of Racing,” said Daytona International Speedway President Frank Kelleher. “We are looking forward to hosting fans from across the globe for an unforgettable experience like no other.”

The Taste of the 24, held annually on the Saturday evening after the drop of the green flag to the Rolex 24, is once again scheduled with the proceeds benefitting the NASCAR Foundation. It features an unrivalled dining experience featuring local restaurant fare in the Midway Suites as part of the frontstetch seating.

The inaugural Rolex 24 was a three-hour event in 1962, initially known as the Daytona Continental, with Hall of Famer Dan Gurney taking the checkered flag. Held on Daytona’s world-famous 3.56-mile road course, the event has become renowned for annually attracting many of the world’s finest race car drivers – from various racing disciplines – to make history against the world’s best sports car racers.