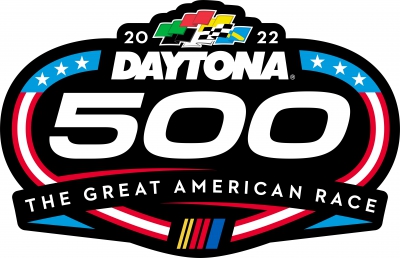 Luke Combs, the multi-platinum, ACM, CMA, CMT and Billboard Music Award-winning artist, will become the first entertainer in history to perform the DAYTONA 500 Pre-Race Show in back-to-back years prior to the 64th running of The Great American Race on Sunday, Feb. 20, 2022, at Daytona International Speedway (FOX, MRN Radio and SiriusXM NASCAR Radio).

Prior to the season-opening DAYTONA 500 this past February, the longtime NASCAR fan from Asheville, NC, entertained a limited number of fans in attendance at the 2.5-mile venue because of the COVID-19 pandemic. Daytona International Speedway recently announced that spectator restrictions moving forward have been lifted. Anticipation continues to grow for the return of so many beloved fan experiences at the iconic venue, including access to pre-race festivities, the UNOH Fanzone, expanded camping and more.

"Performing before the DAYTONA 500 this past February was something I never could have imagined,” said Combs, who grew up watching NASCAR races on television with his grandfather. “I will never forget it, but it wasn’t with a full house. That is why I am so excited to come back and have the opportunity to entertain more than 101,000 of the greatest fans in the world in person and millions worldwide on FOX.

“I can’t wait to feel that energy and excitement, to connect with the crowd and get every one of them pumped up for The Great American Race. Moments like this are what I live for and it’s why I do what I do. I can’t wait….for the DAYTONA 500.”

“Luke said he wanted to come back, so we are welcoming him with open arms,” said Daytona International Speedway President Frank Kelleher. “It means a great deal to the speedway, the competitors, NASCAR and all our fans that he wants to be a part of the DAYTONA 500 again. We’re expecting a packed house, and he will be electrifying for those in attendance as well as those watching at home on FOX. Plus, Speedweeks Presented by AdventHealth will kick off the ’22 season in incredible fashion with the competitive debut of the Next Gen car. It will be an experience our fans will never forget.”

Fans who purchase UNOH Fanzone/Pre-Race Access ($95) for the DAYTONA 500, which will be held on its traditional Presidents Day weekend, will be able to view Combs’ DAYTONA 500 Pre-Race Show, as well as driver introductions and pre-race festivities from the grass trioval area. A limited number of the Luke Combs VIP Package ($230) has also been designed around Combs’ appearance. The package includes a reserved DAYTONA 500 ticket, UNOH Fanzone/Pre-Race Access, VIP stage front access to the performance and a live Q&A with Combs.  All VIP ticket packages are available now at www.DAYTONA500.com.

The 2022 DAYTONA 500 will debut NASCAR’s ‘Next Gen’ car, designed to give the drivers greater control. It will put an emphasis back on race strategies, team personnel and vehicle setups while returning the ‘stock car’ look to NASCAR. The cars are set to put on great racing for fans, incorporate relevant technology and look more like street version vehicles.

Ahead of the DAYTONA 500 performance, Combs, who The New York Times calls “the most promising and influential new country star of the last five years," will return to the stage this fall for his massive headline arena tour, featuring a special new in-the-round stage design. Kicking off at Raleigh's PNC Arena, the tour includes stops at New York’s Madison Square Garden, Chicago’s United Center, Dallas’ American Airlines Center and Boston’s TD Garden among several others. Combs will also perform his first ever headline stadium show at Boone, NC’s Kidd Brewer Stadium on September 4.

The fall dates add to an already groundbreaking and historic career for Combs, whose new deluxe album, What You See Ain't Always What You Get, debuted at #1 on the all-genre Billboard 200 chart as well as Billboard’s Top Country Albums chart last fall. The extended edition features all 18 tracks from Combs’ double Platinum-certified, global #1 album, What You See Is What You Get, as well as five new songs including his Platinum-certified single, “Forever After All,” which is currently #1 at country radio. This is Combs’ eleventh-consecutive #1 single, a first on the chart the Billboard Country Airplay chart, as well as his tenth single to spend multiple weeks atop the chart and eighth-consecutive, multi-week #1. The song, which debuted at #2 on the all-genre Billboard Hot 100 chart this past November—the highest entrance ever for a male country solo artist—is also the sixth-consecutive #1 from What You See Ain’t Always What You Get, tying the record for most #1 singles to come from the same album.

With the deluxe album, Combs also reached #1 on Rolling Stone’s Top 200 Albums chart, Top 100 Songs chart and Artists 500 chart—the first country artist ever to lead all three charts in the same week and first to top the Artists 500. A 5x ACM, 3x CMA and 3x Billboard Music Award-winner, Combs recently made history as the first artist ever to have their first two studio albums spend 25 weeks or more at #1 on Billboard’s Top Country Albums chart—breaking Taylor Swift’s previously held record at 24 weeks. The achievement comes as What You See Is What You Get topped the chart for the 25th time, while his 2017 debut, This One’s For You, has spent 50 non-consecutive weeks at #1—tying the record for the longest reign atop the chart.

Drew Parker, who has been opening on Combs’ current tour, will also be on hand prior to the start of the 2022 DAYTONA 500, performing on the main stage of the UNOH Fanzone in the heart of the infield. The Warner Music Nashville singer/songwriter, a native of Covington, GA, schooled on ‘90s country giants like Ronnie Dunn, Travis Tritt and Alan Jackson, has led a recent resurgence in organic country hits. With a standalone single released in 2016 and a four-song collection following in 2018, Parker reached a creative high-water mark last year: The While You’re Gone EP – seven twangy, energy-filled lyrical masterstrokes that were too “him” for anyone else to sing. The title track recently became Parker’s first single at country radio, the most-added debut single upon impact.

Tickets to the 2022 DAYTONA 500 are on sale now and start at $99. Fans wishing to attend should make their plans early. For all ticket information and a complete schedule of all racing events as part of 2022 DAYTONA Speedweeks Presented By AdventHealth, log onto www.DAYTONA500.com or call 1-800-PITSHOP. Michael McDowell is the reigning DAYTONA 500 Champion, winning earlier this year for his first career triumph.

The World Center of Racing will also be the site of two races this summer during the last weekend in August - the Coke Zero Sugar 400, the NASCAR Cup Series regular season finale, on Saturday, Aug. 28 at 7 p.m. ET, and the Wawa 250 Powered by Coca-Cola NASCAR Xfinity Series race on Friday, Aug. 27 at 7:30 p.m. ET. Tickets are on sale now for both events and can be found at www.daytonainternationalspeedway.com or by calling 1-800-PITSHOP.