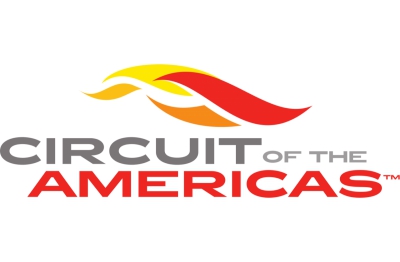 For the first time in the history of the spectacular Circuit of The Americas (COTA) near Austin, Texas, the most prolific racing organization in the United States – NASCAR – is bringing its premier brand of stock car racing to the demanding 3.41-mile road course that has hosted some of the most acclaimed racing leagues in the world, including the kingpin of them all, Formula 1.

For fans who may have watched Formula 1 or any other type of open wheel or road racing events at COTA, the three NASCAR events next weekend – the EchoPark Automotive Texas Grand Prix NASCAR Cup Series race, the Pit Boss 250 NASCAR Xfinity Series race and the Toyota Tundra 225 NASCAR Camping World Truck Series race – will certainly be something new, bringing a unique brand of energy to the sprawling motorsports complex. Simply put, fans who have never experienced a NASCAR weekend are in for a thrilling ride.

First off, fans will need to get ready for a little more on-track action than they are accustomed to, so to speak, because drivers in NASCAR tend to use their bumpers just a little bit more than those in other circuits. With limited areas to pass at COTA, NASCAR drivers will try to obtain any advantage possible and if it means putting their nose where it doesn’t belong and gouging a little bit to overtake and advance, so be it. In the NASCAR world the age old saying still rings true today, “rubbin’ is racing.”

No matter the form of racing or the sanction, the overall mission remains the same -- the driver who takes the checkered flag while leading the final lap is declared the race winner and gets the money, the trophy and a guaranteed photo session with the trophy queen while wearing a million different hats in Victory Lane.

At a NASCAR race, reaching Victory Lane requires a series of conquests along the way. Each race is divided into stages to allow drivers to earn additional points. Each race in NASCAR’s COTA tripleheader will feature three stages. The top-10 finishers of the first two stages will be awarded points while the winner of either of the first two stages will receive one playoff point and the race winner will receive five playoff points. The conclusion of the first two stages of a race will be signified by the waving of a green checkered flag and followed by a caution period. Most of the time the entire field will pit for fuel and tires to prepare for the start of the next stage. The running order is based off any drivers who may have stayed out during the caution followed by those coming out of the pits the quickest.

The majority of NASCAR races are conducted on ovals, ranging from half-miles like Bristol and Martinsville all the way up to 2.5-mile superspeedways like Daytona and Talladega. For many years there were only two road courses featured on the NASCAR schedule, Watkins Glen in New York and Sonoma Raceway in California. This year, NASCAR has increased the total number of road courses on the NASCAR Cup Series to seven, the most in history. COTA is joined by Road America in Wisconsin, the Indianapolis Motor Speedway Road Course and the Daytona Beach Road Course as the new kids on the block, with the traditional stops at the ROVAL in Charlotte, Watkins Glen and Sonoma giving the drivers a challenge like they’ve never had before.

While many NASCAR drivers may not be recognized as road course experts, they are still very, very good at turning right when necessary, especially given their limited opportunities to perfect the craft. A few of the drivers are better at road courses than the others, like defending Cup Series champion Chase Elliott. The driver of the No. 9 Chevy for Hendrick Motorsports has earned five road course victories in his brief career, including four of the last five road course events. He will certainly be one to watch, along with Kyle Busch and Martin Truex Jr., who both have earned four road course wins in their careers.

In a NASCAR race, once the green flag drops that’s when the fun starts. At that moment, 40 stock cars weighing in at 3,200 pounds each with high-revving V8 engines will roar into the first turn, which at COTA is its signature corner, “Big Red,” as they call it. The cars will rumble up the hill and hit the brakes hard as they work to navigate the hairpin corner and head back down the hill to attack the rest of the 20-turn course. From the start to the finish, the goal is to race under green flag conditions, but if there’s an incident the caution flag will wave. Drivers may elect to pit under caution and then after the track is clear the race will be restarted under green. Drivers can also pit under green-flag conditions. The number of pit stops in each race varies due to numerous factors including race length, caution flags, fuel mileage, tire wear and pit strategy. The timing and efficiency of pit stops usually plays a big role in the outcome of NASCAR races.

Unlike many other major racing series, NASCAR employs an “overtime” in all three national series to ensure that the race finishes under green conditions rather than a caution. It is commonly called a green-white-checkered finish, which is basically a dramatic two-lap shootout for the victory. If the field is unable to successfully complete the two-lap overtime due a reason such as a caution coming out before the leader passes the start/finish line on the first lap under green, NASCAR will conduct multiple attempts to achieve a finish under green-flag conditions. Once a valid attempt is achieved without incident, it will become the only attempt at a green-white-checkered finish. If a caution comes out at any time during the valid green-white-checkered attempt, the field will be frozen and the checkered/yellow or checkered/red displayed to cars at the finish line.

In addition to winning the race, another goal for drivers in all three national series competing this weekend at COTA is to earn as many championship points as possible to qualify for the NASCAR Playoffs. The NASCAR Playoffs, which feature elimination-style races that eventually culminates with a season champion being crowned among the final four drivers in the season’s final event, begin later in the year during the final 10 Cup Series races on the schedule.

Now that you are well versed in the action on the track during a NASCAR race, you will want to make sure to get up to speed on all that takes place off the track as well. During the COTA weekend, the facility will have available several entertainment attractions for fans to enjoy.

There are 17 different amusement rides on COTA property, and six of those will be open during the NASCAR weekend. The rides will open one hour after gates open and will close a half-hour before the gates close on the Grand Plaza.

The rides that will be open include:

Once you’ve had your adrenaline pushed to the max by enjoying some of COTA’s famed rides, you’ll want to do some souvenir shopping to get your favorite NASCAR, COTA and driver team gear and apparel. There will be a variety of souvenir trailers positioned throughout the COTA property for convenient access.

There will also be an amazing variety of food options available all around the COTA property, with concession areas positioned throughout all of the grandstand areas and throughout the fan zone.

For your arrival to Circuit of The Americas, please refer to the following parking instructions as there are several parking options available.

Lot A parking: Use Texas 130 (Toll Road) of FM 973 to FM 812. Travel east for approximately one mile to Circuit of The Americas Boulevard. Lot A is the first right turn from COTA Boulevard. Make sure your Lot A parking pass is clearly displayed in the windshield.

Reserved parking (lots B, C and D): Use Texas 130 (Toll Road) of FM 973 to FM 812. Travel east for approximately one mile to Circuit of The Americas Boulevard. Lots B, C & D are located approximately a half-mile mile after turning. These lots are adjacent to the Grand Plaza. Make sure your parking pass is clearly displayed in the windshield. These lots are the quickest to egress.

Free parking in turns 12 & 15, Lots F and K: Preferred Route- Use Route 71 east or Pearce Lane to access Kellam Road. Travel south following the signs to COTA. Lots F & K will be on your right after entering the facility. Note: Do not use Elroy Road west of the facility, as it is closed for construction. Alternate Route- Use Texas 130 (Toll Road) to FM 812. Travel east for approximately one mile to Circuit of The Americas Boulevard. Lots F & K are located on your left approximately one mile after turning.

Lot T, free event parking for main grandstand and turn one seating: Preferred Route- Use Texas 130 (Toll Road) or FM 973 to FM 812. Travel east for approximately two miles to the entry gate at Lot T. Alternate Route- Use Route 71 east or Pearce Lane to access Kellam Road. Travel south following the signs to COTA. Turn left at Elroy Road (do not enter at COTA Boulevard). Follow Elroy Road for 2.5 miles to FM 812. Turn right at FM 812 & Lot T will be on your right.

To obtain more information about the NASCAR weekend, download facility and parking maps and check out a list of FAQ’s about the event, please click here.

Tickets are still available for the NASCAR at COTA weekend and can be purchased by visiting www.NASCARatCOTA.com.