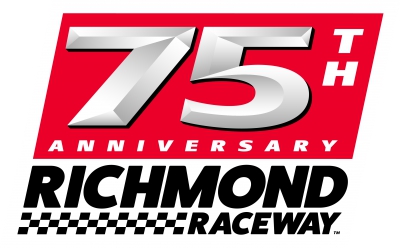 As part of the 75th anniversary season, Richmond Raceway will unveil the 75 Greatest Moments in track history. The initiative is part of the year-long campaign sponsored by the Virginia Tourism Corporation to commemorate the historic 2021 NASCAR season at America’s Premier Short Track. The official name of the campaign will be the 75 Greatest Moments presented by Virginia is for Lovers.

“Richmond Raceway is home to some of the most memorable races and moments in the history of motorsports,” said Richmond President Dennis Bickmeier. “From the first race on a half-mile dirt track in 1946 to its modernization into a ¾-mile D-shaped oval in 1988 and infield redevelopment in 2018, Richmond Raceway is a venue with a 75-year legacy of action-packed short track competition. We look forward to hearing the fans response to the 75 Greatest Moments presented by Virginia is for Lovers.”

As one of the most legacy-rich tracks in all of motorsports, America’s Premier Short Track will celebrate its storied history by recognizing key moments from its half-mile dirt start to today’s iconic ¾-mile D-shaped oval. Key moments as part of the 75 Greatest Moments presented by Virginia is for Lovers will be unveiled weekly on the track’s social channels on Facebook, Instagram and Twitter. The moments will start being shared this week as part of the Toyota Spring Race Weekend and leading up to the track’s fall NASCAR Playoff Race Weekend. Fans can also follow along online at richmondraceway.com/75th.

“Virginia is an American history icon,” said Rita McClenny, President and CEO of Virginia Tourism Corporation. “That includes Virginia sports history like Richmond Raceway’s 75-year legacy of bringing motorsports to the area. We look forward to travelers and race fans seeing the 75 Greatest Moments of this iconic track.”

The history of Richmond Raceway started on Oct. 12, 1946 when an open-wheel race was held on the half-mile dirt track at what was then known as the Atlantic Rural Exposition Fairgrounds. The race won by Ted Horn was held more than two years before NASCAR was formed on Feb. 21, 1948.

The iconic track, which has gone by numerous names, including Richmond Fairgrounds Raceway and Richmond International Raceway, has hosted a Cup race every year since 1955. Sawyer would buy Weatherly’s interest in 1956 to take full ownership. The track was first paved in 1968.

NASCAR history is rich at Richmond. Richard Petty won seven consecutive Cup races between the fall of 1970 to fall of 1973 and remains the all-time track wins leader with 13. In 1984, Ricky Rudd won in his home state at Richmond one week after flipping his race car in a pre-DAYTONA 500 race and taping his eyes open to compete in “The Great American Race.” In a 1986 race remembered for Darrell Waltrip and Dale Earnhardt colliding and crashing with two laps to go, Kyle Petty got his first career Cup series victory.

On Feb. 21, 1988, Neil Bonnett won the final race on the half-mile configuration at Richmond. Bulldozers, the first one driven by Richard Petty, begin digging up the track immediately following the race. Richmond was ready to host its first race on the new configuration on Sept. 11, 1988. “I’ve dreamed of this day, giving our great Virginia fans a track like this. They’re the best,” said Sawyer on Richmond’s opening day 1988.

On Sept. 11, 1999, future three-time Cup champion and NASCAR Hall of Famer, Tony Stewart captured the first of his 49 Cup victories. Through the years, Stewart has praised the track saying, “It just doesn’t get any better than Richmond Raceway. It’s the ultimate in short-track racing, and doesn’t get any more exciting than that. This is where my first victory came. Richmond is always going to be special for me.”

Richmond’s modern history is known for its competitive chaos on and off the track. On May 3, 2008, Dale Earnhardt Jr. and Kyle Busch had late-race contact leading to Clint Bowyer winning his first race at the track. The fiery post-race interview by the most popular driver in the sport, Earnhardt, led this race to be remembered for generations of race fans.

Virginia native Denny Hamlin visited victory lane at his home track for the first time in the Cup Series on Sept. 12, 2009. The moment resonated throughout the region as the hometown boy lived out a dream that started as a child watching the heroes he now raced from the Richmond grandstands. Hamlin won Richmond races again in 2010 and 2016.

With the sun shining on the Cup series return to Sunday racing at America’s Premier Short Track on April 24, 2016, Carl Edwards moved his teammate Kyle Busch coming out of turn 4 to take the checkered flag. The moment was truly memorable as two of the sport’s best raced to an unforgettable finish that became one of the biggest stories of the season.