WeatherTech 240 At The Glen Set for Friday, July 2 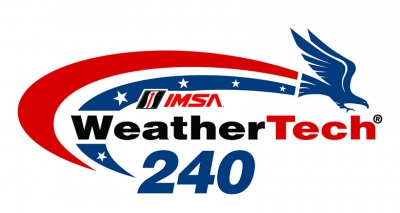 IMSA will have an extended stay in New York’s Finger Lakes region this summer with today’s announcement that three of its series – led by the flagship IMSA WeatherTech SportsCar Championship – will race on the 3.4-mile Watkins Glen International circuit on Friday, July 2.
The headline WeatherTech 240 At The Glen event will take the green flag shortly after 6 p.m. ET that Friday evening with television coverage airing on NBCSN on Saturday, July 3 at 8 p.m. ET.
The two-hour, 40-minute race will feature all five WeatherTech Championship classes (DPi, LMP2, LMP3, GTLM and GTD). The GTD race will count only toward the eight-race WeatherTech Sprint Cup point standings. It caps a busy day of racing action that also includes a two-hour IMSA Michelin Pilot Challenge race and a one-hour, 45-minute IMSA Prototype Challenge event.
The events replace previously scheduled events for that weekend at Canadian Tire Motorsport Park, which have again been canceled for 2021 due to quarantine requirements for travelers into Canada. IMSA looks forward to returning to the historic Canadian circuit in 2022.
“We are grateful to Watkins Glen International President Michael Printup and his team for helping us arrive at a solution when it became apparent that we would be unable to make our planned trip to Canadian Tire Motorsport Park this year,” said IMSA President John Doonan. “Likewise, we are thankful that our partners at the Sports Car Club of America (SCCA)’s Glen Region are willing to share their previously scheduled event weekend at The Glen with us as well. We sorely missed the opportunity to race at Watkins Glen last year, but we’re delighted to bring those loyal fans two IMSA event schedules in little more than a week in 2021.”
The WeatherTech 240 At The Glen will come five days after the Sahlen’s Six Hours of The Glen on Sunday, June 27. The two-hour Michelin Pilot Challenge race – scheduled to start at 2:35 p.m. ET on Friday, July 2 – comes six days after four hours of racing at WGI the Saturday prior.
Whereas the WeatherTech Championship and Michelin Pilot Challenge teams will retain their paddock locations for both Watkins Glen events, the IMSA Prototype Challenge moves in on the evening of Wednesday, June 30. All three series will practice and qualify on Thursday, July 1 and racing action kicks off with IMSA Prototype Challenge at 11:45 a.m. ET on Friday, July 2.
The Sahlen’s Six Hours of The Glen weekend also includes doubleheader races from Lamborghini Super Trofeo North America and Porsche Carrera Cup North America. In total, five of the seven IMSA-sanctioned series will be in action at Watkins Glen in the span of one week.
“We are always excited to add another event to The Glen’s calendar,” stated Michael Printup, President, Watkins Glen International. “We look forward to celebrating with fans and enjoying the incredible road course action of IMSA.”
Tickets for both the Sahlen’s Six Hours of The Glen and the WeatherTech 240 at The Glen event weekends may be purchased at TheGlen.com.
Rate this item
(0 votes)
Tweet
« Summit Racing Equipment continues as official partner of Mid-Ohio Sports Car Course and The Mid-Ohio School Final Day Of Racing At World Of Outlaws Bristol Bash Postponed to Sunday At Bristol Motor Speedway »