Sean Creech Motorsport (SCM) officially completed its Rolex 24 at Daytona driver lineup today with the addition of Nolan Siegel – an open wheel and sports car veteran despite his young age.

The 18-year-old Palo Alto, Calif. native joins João Barbosa, Lance Willsey and Nico Pino behind the wheel of the pole-winning No. 33 SCM Exelixis/Focal One Ligier JS P320, as the Jupiter, Fla.-based team contests the first of two home races.

Jumping into a kart at the age of 8, Siegel moved up to the USF Pro Championships (formerly the Road to Indy) open wheel ladder system beginning in 2019. In 2023, he will compete in INDY NXT (formerly Indy Lights) – just one step below the NTT INDYCAR SERIES. In 2019, he began racing sports cars as well, contesting Michelin Pilot Challenge, Prototype Challenge and WeatherTech SportsCar Championship events.

Siegel will drive three vastly different race cars over the course of the week. He tested on Monday his INDY NXT Dallara IL-15 at Homestead-Miami Speedway. He then on Friday he returns behind the wheel of the No. 39 Porsche 718 GT4 RS CS for the four hour IMSA Michelin Pilot Challenge event (Friday, 1:45 p.m., Peacock TV).

“Thanks to Sean and to Lance for this opportunity!” said Siegel. “The priority for me this week is getting to know the team, getting laps in the LMP3 car, and getting into the WeatherTech sessions now that all the classes are running at different speeds than last year. Of course, it will be a balance on Thursday and Friday, between that and the IMPC sessions and race on Friday. This is the first time I’ll race two different series on one weekend but I’m not the only driver doing it and I’ll have enough time to focus on both. “This team has a great car, with two second place finishes in this race and pole last weekend,” Siegel continued. “Luck always plays a part, but this is a very experienced team – I’ve raced against them before and they’re always competitive. I don’t see why we can’t win. I’ve watched IMSA since I was a little kid in karts so it would be a huge milestone to win this race. It’s a dream for every driver.”

“Nolan brings a good deal of experience,” said team principal Sean Creech. “He also knows IMSA procedures – pass arounds, class splits, all the processes that are a big part of sports car racing. There’s night racing, with the lights coming into the car, with the speeds of the cars around you and how the faster cars can really dive bomb into Turn One and the Le Mans Chicane. The closing speed of the GTP cars is so much faster than the LMP3 car so it’s a lot to take in, to be aware of. He has experience at Daytona in these cars and that’s huge for us.”

19-year-old Danny Soufi tested with the team at last weekend’s Roar Before the Rolex 24. While the team was impressed with his pace and consistency, they felt that the track time was not sufficient to get him up to speed with the nuances of IMSA racing that would enable him to perform at the level the team believes he is capable of. 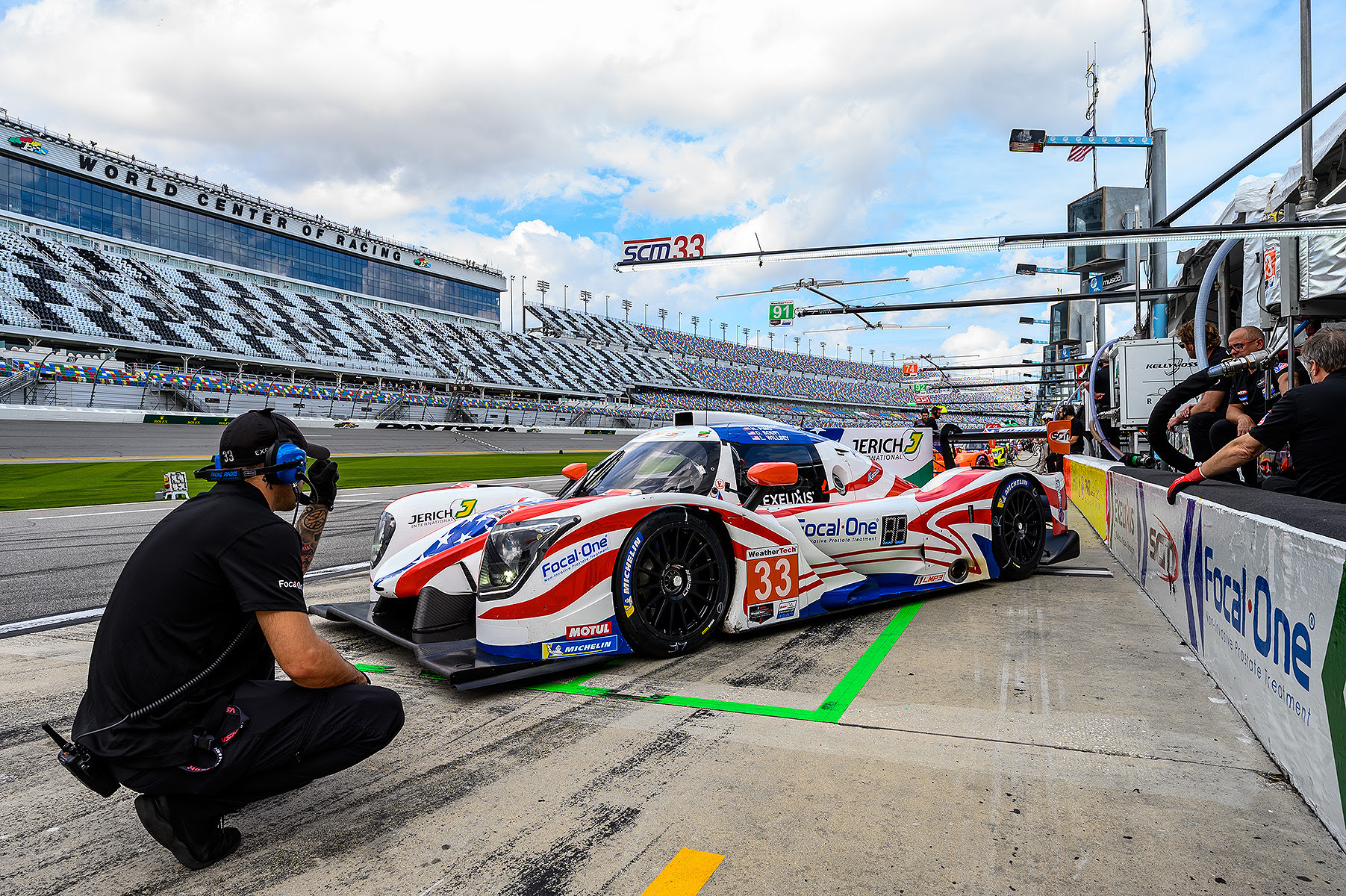 “We had the opportunity to test Danny last month and bring him on board as a valued member of this team,” said Willsey. “He did a very good job last weekend with the practice time available but in the end, the time was not sufficient to give him the chance to perform at the level we know he’s capable of, or to get up to speed with IMSA’s rules in regard to multi-class racing. We look forward to working with him over the next two months in anticipation of his involvement at Sebring.”

The IMSA WeatherTech SportsCar Championship’s season opener gets underway on Thursday, with three sessions including night practice. The 61st Rolex 24 At Daytona takes the green flag Saturday at 1:40 p.m. Eastern. The race will be broadcast live in the U.S. on the NBC family of networks, beginning and ending with network NBC. The race will also be live streamed in its entirety on Peacock TV. International viewers can watch via IMSA.tv, with IMSA Radio also available at IMSA.com.

SCM thanks partners Exelixis, Focal One and Jerich International for their continued support.