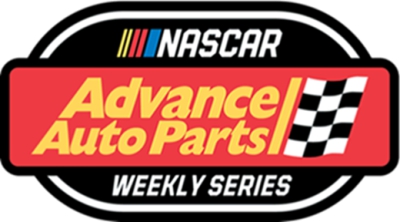 Advance Auto Parts, the “Official Auto Parts Retailer of NASCAR”, will be awarded the 2022 Marketing Achievement Award today at the NASCAR Industry Awards Reception during NASCAR Champion’s Week in Nashville.

In their third season as an Official Partner, Advance has demonstrated their commitment to grassroots racing, supporting drivers and tracks in local communities across the United States and Canada. The entitlement partner of the Advance Auto Parts Weekly Series (NAAPWS), Advance most recently partnered with the NASCAR Drive for Diversity Driver Development Combine, developing new storytelling opportunities and helping to livestream the event for the first time in program history.

“Advance Auto Parts is very honored to receive this award,” said Jason McDonell, executive vice president of merchandising, marketing and e-commerce at Advance. “Since becoming a partner of NASCAR, our team has been focused on supporting grassroots racing through programs like Advance My Track Challenge and the Drive for Diversity Combine. As the Official Auto Parts Retailer of NASCAR, we look forward to our continued partnership, leading programs that advance local racing while serving as the auto parts provider of choice for race fans.”

For a second season, Advance promoted the “Advance My Track Challenge,” focusing on local race tracks and communities to raise awareness of and celebrate grassroots racing. Through a consumer voting program, the organization awarded Jennerstown Speedway a $50,000 prize, distributing 6,000 tickets to local Advance stores for free admission to the speedway’s celebration event. The program generated more than 220 thousand impressions on NASCAR.com and NASCAR social media channels.

“Since becoming an official partner, Advance Auto Parts has been a big supporter of grassroots racing, raising awareness of local racing communities and providing young drivers with the opportunity to showcase their talent,” said Michelle Byron, vice president, partnership marketing at NASCAR. “After the 2022 Advance Auto Parts Drive for Diversity Combine, we’re thrilled to see what’s next as they continue to find creative ways to grow their presence in the sport.”

After introducing a new brand campaign in June with their No. 1 fan Ed Vance, Advance hosted Ed at the Coke Zero Sugar 400 at Daytona International Speedway and captured live content with him throughout the weekend. In a matter of months, Ed quickly began to be recognized at tracks, becoming a staple character among race fans.

Closing out the year, Advance served as the primary sponsor of the NASCAR Drive for Diversity Driver Development Combine, continuing to expand its presence in the sport. Advance was on-site throughout the event, capturing content as drivers prepared for and participated in the combine. Through their sponsorship, the company gave NASCAR the ability to evaluate additional drivers for the combine as the league also selected additional winners compared to previous years.

This is the first time Advance has been awarded the NASCAR Marketing Achievement Award. Previous winners include: Anheuser-Busch, Comcast; Coca-Cola; Fox Sports and NBC Sports; Mars, Incorporated; Mobil 1; and Toyota.