An extraordinary season for EuroNASCAR: 150,000 fans at the tracks, a record-breaking audience watching live! 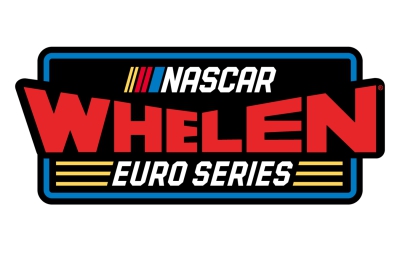 The eleventh NASCAR Whelen Euro Series season in 2022 generated some incredible statistics and figures, cementing the series’ position as one of the most popular and beloved in Europe. From at-track attendance to broadcast consumption and social media engagement, EuroNASCAR broke record after record.

The most popular event was the American Speedfest at Brands Hatch in the UK. Over the weekend, 46.900 spectators visited the historic British track to experience a spectacular weekend of racing and US themed attractions. 35,400 fans were counted at Autodrom Most, the most ever for NWES in the Czech Republic.

With 23,750 fans at the track at Autodromo di Vallelunga, Italy celebrated its most successful EuroNASCAR event ever to date in 2022. 18,000 and 17,000 fans enjoyed EuroNASCAR at at the Circuit Ricardo Tormo in Valencia (Spain) and at Circuit Zolder (Belgium), while 8,000 spectators attended the EuroNASCAR Finals at Automotodrom Grobnik in Croatia, an event that opened the gates for fans for the very first time after joining NWES during the Covid-19 pandemic. The races on the Croatian Riviera were followed by the beautiful prize gala at the Kvarna Hotel by Liburnia Hotels & Villa in Opatija.

EuroNASCAR’s special relationship with the fans isn’t limited to those visiting the events. The experience the series’ passionate followers get on the web is also crucial for the sole NASCAR series in Europe. All races are broadcasted live for free on EuroNASCAR’s YouTube channel and thanks to several TV partners all around the world they reach a vast and diverse audience. Five million minutes consumed on YouTube alone – the channel hit 28,200 subscribers – set a record in the history of EuroNASCAR and thanks to the enthusiasm of the fans, the series counted an average of 1.200 interactions per race between live chat, comments and like button. With 1.55 million minutes consumed, the EuroNASCAR Finals at Automotodrom Grobnik were the most watched NWES event ever.

For those who missed the live action, a highlights magazine is available in English on the NWES YouTube channel, but also brought to five continents and 300 million households all over the world thanks to EuroNASCAR’s network of TV partners. With foreign commentators, the action is brought to the fans in their language and the broadcast is – besides visiting the tracks and watching the races live – the best opportunity to follow the series’ races.

The championship’s website EuroNASCAR.com, presenting latest news, reports, stories and information about the championships, the drivers and the teams reported more than 750.000 page impressions and over 160.000 active users. All articles are published in four languages: English, Italian, German and French.

Coverage on print and internet media outlets also continued to expand over the last 12 months and in 2023, with the first ever NASCAR event taking place in Rovaniemi, Finland, the NWES footprint will grow even further.

On track, the competition was outstanding. A total of 37 cars entered the 2022 NWES season, fielded by 17 teams and driven by 70 drivers. 22 different countries were represented on the grid in 24 races between the EuroNASCAR PRO and EuroNASCAR 2 championships. With five female drivers in the Lady Trophy, seven Junior Trophy entries for drivers aged 25 and under, 14 Legend Trophy entries for drivers aged 40 and more, 15 Rookie Trophy contenders and 17 pilots in the Challenger Trophy for bronze and silver drivers in EuroNASCAR PRO, new records were set across the board.

Eleven different drivers scored a pole position between the two championships in 2022. The fans saw nine different winners, five of which made it to Victory Lane in NASCAR for the very first time in their career: Liam Hezemans, Alberto Naska, Alexander Graff, Sebastiaan Bleekemolen and Patrick Lemarie. 20 drivers made it to the podium over the course of the 2022 season, seven of which were first time podium finishers: Alexander Graff, Patrick Lemarie, Liam Hezemans, Alberto Naska, Tuomas Pontinen, Gil Linster and Claudio Cappelli. Pontinen’s podium finish was a historic one too, as he became the first Finnish driver to climb on a EuroNASCAR podium.

Alon Day grabbed a record-breaking fourth NWES championship ring and extended his win count to 32 race victories. The Israeli is now not only the winningest, but also the most successful driver in NWES history. With the top-3 in EuroNASCAR PRO separated by just 8 points ahead of the Finals in Croatia and a true showdown between Hezemans and Naska in EuroNASCAR 2, the fans witnessed four nail-biting double-points races at Automotodrom Grobnik that decided the championships in favor of Day and Hezemans, who overtook Naska in the overall standings in the very last race of the season.

The NASCAR Whelen Euro Series is ready for another record-breaking season that will kick off with the Arctic Ice Race in Rovaniemi on March 4-5. The official season opener will take place on May 6-7 at Circuit Ricardo Tormo in Valencia, Spain, to start a six-event season across Europe. Germany will be back on the schedule for the first time since 2019 with a brand new event at Oschersleben, while Circuit Zolder will be the home of the EuroNASCAR Finals for the sixth time since 2015.

The Automotodrom Grobnik will host an All-Star Race after the season finale and bring the teams back to the beautiful Croatian Riviera. Brands Hatch, Vallelunga and Most are also set to provide the fans with US-themed events and the pure racing of EuroNASCAR with brilliant events in June, July and September. Check the 2023 NWES schedule on EuroNASCAR.com, subscribe to the YouTube channel to not miss any live stream and follow the series on social media (Facebook, Instagram, Twitter) for latest news and information.