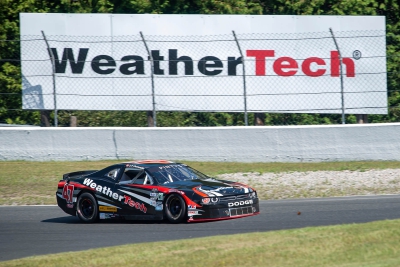 When Dumoulin Competition launched the seventh season of the "Race Against Cancer" fundraiser, the team did not expect that all records would be broken in 2022. Our goal was to reach $ 100,000 in total donations to the “Quebec Cancer Foundation”. The call to action was answered by people, companies and organizations who have believed in our program from the beginning, and we raised a record amount of $ 24 144 for the year, for a grand total of $ 116,041 over the seven seasons (2016-2022).

We are eminently grateful to all of you…

“An impressive amount has been raised over the years, a great achievement for all who contributed. When we first got involved, we had no idea that it would grow to this size and that so many people would join us in our cause. To see that all of us working towards a common goal, with donations of all kinds, have exceeded our goal. Thank you all for your generosity. Again, this year, our team has lost friends, Jean Beauchesne and Claudette Renaud. Others are currently facing cancer, like Bernard Pilon, another member of our team. We know intimately how difficult it is to live through those losses! These people and their loved ones all need support to live with this monstrous disease,” according to Jean-Francois and Louis-Philippe Dumoulin.

Luce Girard (Director, Regional Centre and Hosting for the Mauricie) underlined the generosity of Dumoulin Competition and of those who join the movement each year. “Once again, the Dumoulin brothers and their group of friends and volunteers have shown immense generosity. Over the past 7 years, their commitment, creativity and involvement have raised over $110,000 for Quebecers affected by cancer. Thanks to their contribution, the Quebec Cancer Foundation continues its mission to offer support, care and comforting to thousands of people and their loved ones whose lives are affected by cancer.”

Individual donations were made, either directly on the platform or by signing the trunk lids of Jean-François and Louis-Philippe Dumoulin's cars at races and promotional events. Organized fundraising activities also took place in parallel:

“Contributing in our own way to the Dumoulin ‘Race against cancer’ for the past seven years is our way to honour all the Groupe Sovramac employees who have been touched by cancer in one way or another over the years. The owners and our whole team are aware of the cause, and they know that every dollar donated can make a difference to the Foundation,” according to Groupe Somavrac employees.

“The race has grown as an event to a level we didn't expect at all. The bar was set high, and we reached our goals working together. It's incredible! I would like to acknowledge the contribution of Bruno Pichette who helped us with the videos and photos. Thank you all for your contribution and see you in the fall of 2023 for a fourth edition of the Enduro to benefit the ‘Race against cancer’," explains Sylvain Bernier, founder and owner of Sly Sim Racing.