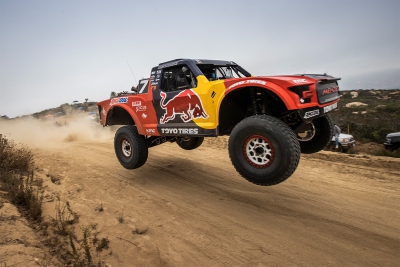 The Baja 400 is a treacherous and unforgiving 400-mile course through Baja California, Mexico. This is the third of the four-race 2022 SCORE World Desert Championship. Menzies has qualified first for the Baja 1000 coming up in mid-November after this monumental win. Christopher Polvoorde and Vildosola Racing are one race away in their bid for a championship in their respective classes.

“I am so happy to come away with another win down in Baja!” said Bryce Menzies. “It takes so much effort from everyone on our team to make this happen, I couldn’t surround myself with better people. Now, we focus on the Baja 1000.”

“This was a phenomenal result for Toyo Tires, claiming three victories over the weekend” said Stan Chen, senior manager, events, sponsorships and motorsports, Toyo Tire U.S.A. Corp. “It was a determined drive from Bryce to secure his second consecutive win at the Baja 400. With Polvoorde and Vildosola Racing leading in championship points and Menzies to start on pole, the Baja 1000 will be a great finale to the SCORE race series.”