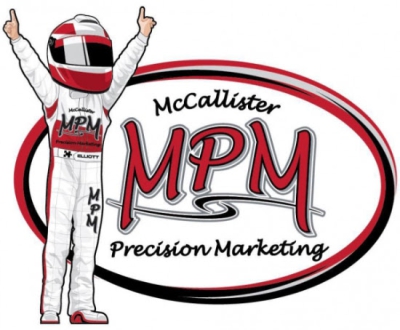 The final 20 laps saw Dalton race side-by-side with fellow regular Dillon Harville for the lead, with neither driver giving the other an inch. A strong run by Dalton off Turn 4 on the final lap was enough for him to edge Harville and celebrate a victory in front of the exuberant crowd.

Dalton has always appreciated how cleanly Harville races him regardless of the track, but he said that the conclusion to Friday’s 40-lap Limited Late Model feature is a prime example of how a battle for the win should be determined at short tracks.

“To win back at the track I cut my teeth is always special,” Dalton said. “Dillon and I have become pretty good friends, so to battle it out with the amount of respect we had for one another is always a good time.”

With his win at Ace on Friday, Dalton now has seven wins at seven different venues across the southeast this year.

Dalton admitted that finding Victory Lane at Ace proved to be the most challenging of his season to date. He said that Harville has set the standard for efficiency in Limited Late Models at Ace over the past several years and knew his car would have to be perfect to have an opportunity at taking home the checkered flag.

Although Harville had the initial edge during the long green flag run, several late cautions turned fortunes in Dalton’s favor. Harville utilized the top side on the final restart and attempted to pin Dalton down on the bottom, but Dalton’s speed on the short run was enough to narrowly edge Harville at the finish line.

For Dalton, being able to fend off one of Ace’s best in Harville highlights all the strides he has made with his operation in 2022 alone. He expects to keep adding wins before the year concludes but said staying up front will require him and his crew to stay vigilant with their adjustments and setups.

“I’m so happy with where we are in our program,” Dalton said. “All my guys are doing such a great job. The help I’m getting from them, and my parents really has me satisfied about where things are going and hopefully, we can carry the momentum into [North] Wilkesboro [Speedway].”

Dalton will be a part of a stacked Limited Late Model field that will descend onto North Wilkesboro on Aug. 31 as he looks to add his name to the track’s storied record books as a winner.

Dalton would like to thank his parents, his crew, MPM Marketing and his loyal partners in Hudson Autoworks, Rough Signs and Clark’s Automotive Machine Shop.