Sebastian Vettel revealed as the most costly F1 driver for 2022 so far... 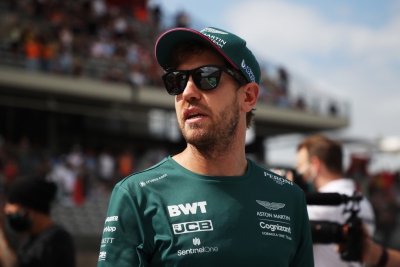 After 13 races in 20 weeks, the F1 teams have retired their helmets and headphones for a well-deserved summer break. The next race commences on the 28th of August at the Belgian Grand Prix, so what better time to review everything that’s happened so far this season.

Casumo has created a pre-summer round-up to reveal the most costly and penalised drivers for 2022 so far. From collisions and pit lane speeding to unsafe releases and driving scooters on track, this season has seen it all in terms of offences and the FIA hasn’t been shy in dishing out the penalties.

By analysing the FIA’s official documents, Casumo can reveal the F1 drivers and teams who have been collecting the largest fines, seconds and points this season and are able to crown F1’s biggest rule breakers. Can you guess who they are…

Out of 13 races, two drivers’ names keep sticking out in the penalty documents - Yuki Tsunoda and Alex Albon. These rule breakers have the highest number of warnings and penalties – collecting 8 offences each so far this season.

Tsunoda got picked up for pit lane speeding in Canada, driving unnecessarily slow in the Australian qualifying and numerous accounts of impeding and collisions. This resulted in him being reprimanded, getting two-point penalties, one 5 second time penalty and €1,300 worth of fines.

Meanwhile, Albon has an accumulation of penalties such as gaining an advantage, leaving the track for unjustifiable reasons, pit lane speeding and impeding other drivers – just to name a few. This resulted in him collecting 6 penalty points, 15 seconds in time penalties and €1,800 worth of fines.

Surprisingly, despite his aggressive driving reputation, Max Verstappen is one of the golden boys of F1 in the eyes of the FIA - sat alongside Lewis Hamilton and Mick Schumacher for only collecting 1 penalty over the last 13 races.

Vettel is the costliest F1 driver, racking up €30,000+ fines for bad behaviour and riding a scooter

Unfortunately for some teams, their drivers’ penalties have resulted in a hefty fine. Sebastian Vettel has accumulated the largest sum of penalty fines so far this season – racking up a bill of €35,900 for Aston Martin.

His offences, however, are some of the most unique out of the whole paddock. Whilst he picked up €600 and €300 fines for pit lane speeding, and a €5000 fine for an unsafe release, the offences which cost him the most is for bad behaviour and riding a scooter.

Due to ‘behaviour during the Driver’ meeting’ at the Austrian qualifying, Vettel landed himself a €25,000 fine, one of the most expensive penalties on our list. He also drove a scooter on track within the five-minute window after P1 in Australia, resulting in a €5,000 fine.

Aston Martin have felt the biggest repercussions of their driver’s bad behaviour, with Vettel and Stroll racking up a combined bill of €41,800 within the last 13 races for 13 different offences. Stroll added to Vettel’s already large bill with a €5000 fine for unsafe release and €900 for pitlane speeding.

Ferrari have the second biggest bill of €35,000 with Leclerc picking up a €10,000 fine for driver assistants in Parc Ferme and Sainz collecting a hefty €25,000 fine for impeding a car in practise 3 in Monaco.

Meanwhile, Red Bull is left with the third largest bill of €20,600 so far this year. Perez collected €600 worth of fines for two different occasions of pit-lane speeding as well as €10,000 of unnecessary impeding; whilst Verstappen picked up his only fine of €10,000 for driver assistants in Parc Ferme in Austria.

If you would like any more in-depth information on the F1 penalties which have been given so far this season, please don't hesitate to email.

Casumo is one of the most distinctive and innovative online casino and sports betting operators in Europe. Our goal has always been to design, improve, reinvent and shape the future of online gaming.

The company was founded in Sweden in 2012 and today we are proud to offer our products in a number of highly regulated markets including Sweden, Denmark, the United Kingdom, Germany and other emerging markets worldwide subject to applicable law.

To support our players, we have a team of dedicated ambassadors who work around the clock with customer support. All the magic created at Casumo comes to life through the skilled hands of over 300 employees working from the company's offices in Malta and Gibraltar.

Casumo Services Limited hold licences in Malta, United Kingdom, Sweden, Denmark and Spain. These licences are the backbone of their operations and regulate the company so that they’re able to maintain a safe and secure gambling environment and offer a fully compliant website.