How F1 is Looking to Conquer the US 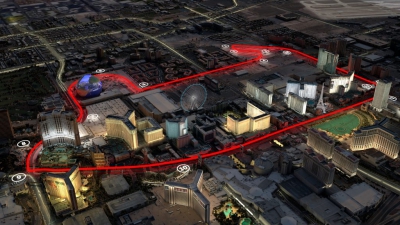 The US Grand Prix takes place at the Circuit of the Americas in Austin, Texas on October 21. It’ll be the second F1 race in the States this year and three are scheduled for 2023. We’re seeing an important time for the sport as they try to conquer America.

It was in May that the Miami Grand Prix was held. Championship leader Max Verstappen won that race and he’s still at the top of the standings. The race was the first Miami Grand Prix that has taken place and it was a big success.

Not long before that race in Miami, even bigger news broke for US F1 fans. November 2023 will see a night race take place in Las Vegas. This will mean three races in one season taking place in America.

This is an important step for F1. They may well be holding races all around the globe but it’s success in the US that will be the icing on the cake for them. Recent years have seen them become stronger in the Middle East, that growth is now taking place in the US.

Can it be a success though? There is opposition from NASCAR, so turning Americans into massive fans of F1 isn’t going to take place overnight.

It’s not just the holding of races in the US that is helping to increase the popularity of the sport in the US. Netflix is playing its part too with the docuseries ‘Formula One: Drive to Survive.’ This has proved to be a great success and a key reason why the number of US viewers for F1 has reached record highs.

With that being the case, it is not too surprising that the F1 calendar is embracing America. Such a series is a great way of introducing the racing drivers to the American public.

It’s not just about cars going around a track at high speeds. People need to know more about the drivers too. Fans need to know the personalities in the sport and the rivalries that take place between drivers and teams.

F1 has wanted this US expansion for a fair while. 15 years ago, there was great change in the sport when Bernie Ecclestone gave up his control of the sport to the Liberty Media Group. They are based in Colorado so it was inevitable US expansion would be in their future plans.

The behind the scenes coverage was their first step in achieving this aim. There hadn’t been a great deal of that shown while Ecclestone was the man in charge. An increased presence on social media has also occurred. That is vital because it’s the way forward in promoting events in this day and age.

The past decade has been dominated by Mercedes and Lewis Hamilton. That domination didn’t always create the greatest racing. Those days seem to be over though with the rise of Max Verstappen, Ferrari becoming stronger (something that will delight any Italian-American) and Mercedes now in the role of trying to get stronger in order to compete.

Progress is being made but there’s still a long way to go before total success is achieved. Will three races a year soon become four or five? The scope to do so may be there and if 2023 proves to see American fans flocking to all the races and wagering online using latest betting promos, that might just be what happens.