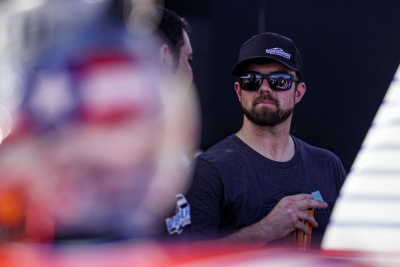 On the strength of three top-five finishes in his part-time ARCA Menards Series schedule with Venturini Motorsports this season, Gus Dean invades Michigan International Speedway for Saturday afternoon’s Henry Ford Health 200 looking to earn a victory in the Irish Hills.

Dean, a native of Bluffton, S.C. returned to the ARCA Menards Series in 2022 after a two-year hiatus and has delivered three top-five finishes at Daytona (Fla.) International Speedway, Talladega (Ala.) Superspeedway and his most recent race at Kansas Speedway in May.

Returning to one of his better tracks throughout his ARCA tenure, the two-time ARCA Menards Series winner would love nothing more than to deliver Venturini Motorsports another win in 2022.

“I’m looking forward to being back in our No. 15 Dean Custom Air Toyota Camry this weekend at Michigan,” said Dean. “This has been one of the more favorable tracks for myself on the ARCA Menards Series schedule and I feel like I have some unfinished business there too, so I look forward to getting down to business on Saturday and see if I can’t get back to Victory Lane.”

In his two starts at the 2.0-mile track nestled in Brooklyn’s Irish Hills, Dean delivered a fifth and fourth during the 2017 and 2018 races respectively.

In the 2017 Corrigan Oil 200 at Michigan, Dean was running third in the closing laps and was chasing down Austin Theriault for second place when he lost a tire in Turn 3 on the final lap. He nursed his race car to the checkered flag in a respectable fifth.

As far as Dean is concerned, he has unfinished business within an hour of the Motor City.

“I remember how challenging Michigan was in 2017,” added Dean. “It was a new track where it took a while for me to find my comfort zone and I remember our car was faster on older tires than it was on new tires. I learned so much then and came back a year later and had an even better car – just didn’t have the track position near the end of the race to contend for the win.

“This weekend, I hope everything comes together for our Venturini Motorsports team. I’m looking forward to working with Kevin (Reed Sr., crew chief) and improving our fourth-place finish at Kansas and leave the track on Saturday night with the trophy hoisted in the air.”

Michigan is the final scheduled race for Dean at Venturini Motorsports – but the South Carolinian is already looking ahead to 2023 where he hopes to maintain a seat with the Concord, N.C.-based team.

“The Venturini Motorsports family has certainly made me feel welcome, especially while competing on a part-time schedule,” sounded Dean. “We joined the team when they had most of their races already accounted for this year. We were fortunate enough to add Kansas Speedway to our schedule in May and look forward to being around a little more next year starting at Daytona International Speedway in February.

“I want that checkered flag at Daytona.”

The 27-year-old South Carolinian is amid a busy 2022 season combining a variety of racing platforms, including ARCA, Late Models and Mud Truck Racing.

“With no championship on the line for me this season, it’s about having fun,” sounded Dean. “Whether that’s competing with Venturini Motorsports in ARCA, DLP Motorsports in Late Model competition, or the other racing endeavors we have planned for this season.

“We’re working hard behind the scenes to have a bigger on-track presence in 2023. I just know I’m happy for any seat time that I’m able to receive and make the most of any opportunity behind the wheel whether that’s ARCA or Mud Truck racing. I’m super blessed and I never want to forget that.”