Emerson Fittipaldi: Checo Perez will give Max Verstappen a hard time and he can win at Paul Ricard 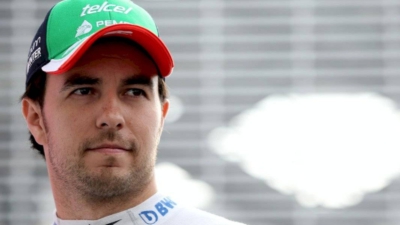 As F1 heads to Circuit Paul Ricard this weekend, motorsport legend Emerson Fittipaldi gave his views to VegasInsider. Here's what he had to say:

"I'm sure both Max Verstappen and Checo Perez will be strong contenders and I go even further. In my opinion, Checo Perez, he is growing, he's getting more self-confidence. he's getting stronger and stronger on every Grand Prix. If his mindset this weekend is fixed to win, he has the talent, he has the speed to win."

"I think he's going to give a hard time to Max from now on. I have this feeling because he's extremely self-confident now. He knows he has the talent, the speed and he's not anymore a shadow to Max. He's reality. He's there. He's a contender, he's strong."

"This is my belief and this is my opinion that Checo Perez will be running strong. Very strong and I think this is going to create some friction because of his performance. Not that Max is slowing down. Max is an extremely talented driver. He's the world champion. He's leading the championship. But Checo is there. He's there and he's strong."

"What makes Red Bull so good is because they never expected Checo Perez to come to this level."

In my opinion, Helmut Marko never expected Sergio to come to this high level of driving and performance. I think it could be very interesting, from now to the end of the year, the competition inside the Red Bull team."

"And for sure, Adrian Newey's genius ability of designing a car, to use the maximum performance of the new rules this year. Honda has tremendous power now. It is a combination of circumstances that make Red Bull very, very strong."

"Paul Ricard circuit is a very special surface. Very special type of asphalt and you have some off-canvas corners. Difficult to get the right apex. It looks a simple track but it's not so simple."

"For Ferrari to be stronger, they have to be reliable. They need to finish the race. But when they finish, they're strong."

Thanks again to VegasInsider for their insight. You can find the entire interview here.