July 13 Super Dirtcar Series Modified Event at Bloomsburg Fair Raceway Will Not Be Held; New Truckloads of Clay Being Added to Surface 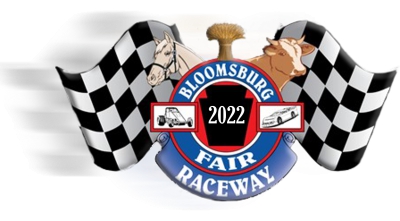 Bloomsburg Fair Raceway has announced that the Super DIRTcar Series Modified event slated for Wednesday, July 13, has been canceled.

Raceway officials, along with those from World Racing Group, the sanctioning body of the Super DIRTcar Series, have jointly agreed that it is in the best interest of both parties to not run the planned 75-lap feature at this time, as new clay is in the process of being laid down in an ongoing effort to improve on the racing surface.

It was a mutual understanding between both parties to hold off on conducting the show as they felt the upgraded surface would not be ready in time for the said date. The PASS 305 Sprint Cars were also on the docket on that night.

On Monday and Tuesday of this past week 75 trucks loads of new clay was laid down in all four corners. Throughout the day as trucks continued to drop off clay it was then spread into place across the banking and will be worked on more so in the coming days.

This has led to a few items in regards to the July 13 race. The timing of getting the new clay was part of the setback with logistics of the trucks hauling in the product and other dates in-between at the facility have all been taken into consideration.

There is presently additional shows underway at the Fairgrounds and, that along with having the surface in the best possible condition for racing, it was best felt to hold off on the Super DIRTcar show while the track is in the process of being refined.

At this time there is no make-up date in place.

The Super DIRTcar Series will still make its long-awaited return to Pennsylvania at Big Diamond Speedway in Minersville on Tuesday, July 12 and if needed the Wednesday July 13 will be used as a rain date.

The next event for Bloomsburg Fair Raceway will be on Friday, August 5 with Fan Appreciation Night. Grandstand general admission will be just $5 and include a four division program comprised of the USAC East Coast Sprints, ARDC Midgets, Winged 305 Sprints and the FWD 4-Cylinder Stocks.

Rate this item
(0 votes)
Tweet
« McLaughlin Wins Mid-Ohio With Family Present Heading To Your First NASCAR Race: What You Need To Know »