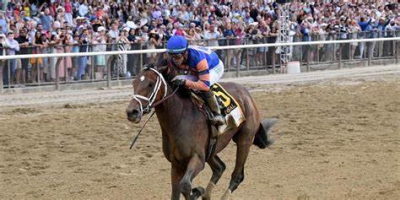 “We offer congratulations to Todd Pletcher, Jerry Crawford, and the entire Mo Donegal team,” said Marty Irby, executive director at Animal Wellness Action. "We appreciate NYRA's continued work to bring integrity back to the sport, look forward to the implementation of the Horseracing Integrity and Safety Act in just a few short weeks, and hope to see clean drug tests reported back from all the horses that were tested in the 154th Belmont Stakes."

Aware of the public outrage over the mounting number of racehorse deaths on American racetracks, leaders at Animal Wellness Action worked for the better part of six years to secure enactment of the Horseracing Integrity and Safety Act (HISA). It was signed into law in December 2020 following a Congressional hearing in January 2020 where Irby testified, and the indictment of dozens of individuals involved in illegal doping scandals across the country.

The legislation, led by Reps. Paul Tonko, D-N.Y., and Andy Barr, R-Ky., in the U.S. House, and Senate Republican Leader Mitch McConnell, R-Ky., as well as Sens. Kirsten Gillibrand, D-N.Y., and Diane Feinstein, D-Calif., was designed to execute and enforce a uniform national standard for drug testing. It created national regulations that will be overseen by a new national Authority and implemented at every Thoroughbred racetrack in the U.S effective July 1, 2022.

Click here to listen to the latest episode of The Animal Wellness Podcast with Irby and Monty Roberts, the "Man Who Listens to Horses," recorded Monday, and here to listen to last month's episode with Hall of Fame jockey Chris McCarron.

***
Animal Wellness Action is a Washington, D.C.-based 501(c)(4) organization with a mission of helping animals by promoting legal standards forbidding cruelty. We champion causes that alleviate the suffering of companion animals, farm animals, and wildlife. We advocate for policies to stop dogfighting and cockfighting and other forms of malicious cruelty and to confront factory farming and other systemic forms of animal exploitation. To prevent cruelty, we promote enacting good public policies and we work to enforce those policies. To enact good laws, we must elect good lawmakers, and that’s why we remind voters which candidates care about our issues and which ones don’t. We believe helping animals helps us all.