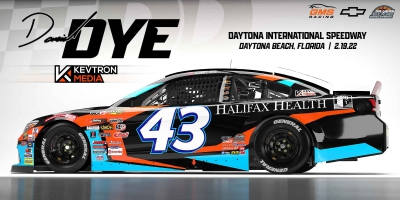 - Dye raced at Iowa in 2021, where he qualified second and finished second.

- Saturday night's showdown will be the 16th ARCA Menards Series race held at Iowa Speedway, which opened in 2006.

- The 150-lap race will be broadcast live on MAVTV and streamed through FloRacing at 9:00 PM ET.

"Excited to be returning to Iowa this weekend with our Carolina Custom Chevy. Last year we were really good and just had a few too many errors to make up for our lost track position. Iowa is probably my favorite track I've been to so far in an ARCA Menards car, and we've had really great speed all season. Just need to put it all together now, and we should be strong on Saturday night."