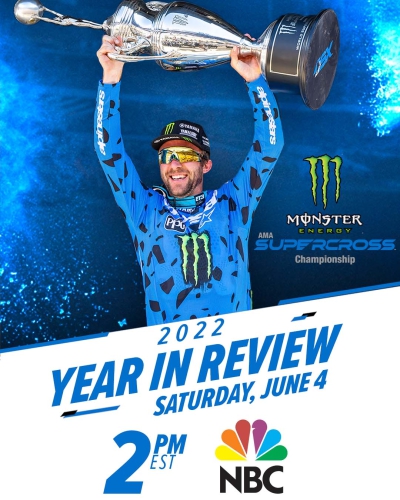 The one-hour program features the biggest stars of the sport and follows the major storylines as they unfolded throughout the season. Monster Energy AMA Supercross is the most competitive and highest-profile two-wheeled off-road motorcycle racing championship in the world and the 17-race series is a constant roller coaster of emotions for the athletes and teams that compete at this level.