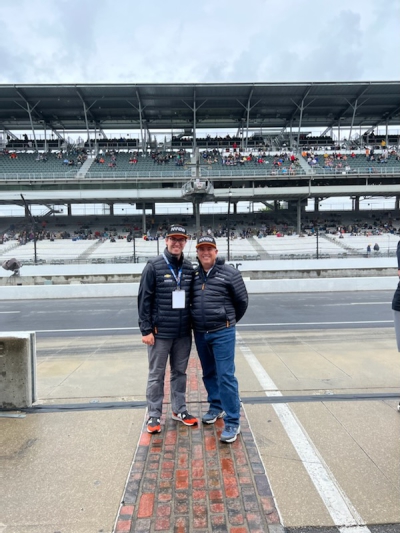 Mission Foods, the world’s leading brand for tortillas and wraps, is excited to announce the winner of an all-expense-paid trip to this Sunday’s Indianapolis 500. Racing fan Taylor Ness and a guest will be given the chance to cheer on Pato O’Ward, Felix Rosenqvist, and Juan Pablo Montoya from McLaren team hospitality at Indianapolis Motor Speedway. Mission Foods is a proud partner of Arrow McLaren SP.

Ness was selected in a drawing among other winners of Mission Foods’ #2Fast2Tasty campaign. Throughout the 2021 INDYCAR season, and before each racing event, Mission Foods invited social media followers on Facebook and Twitter to comment on posts for a chance to win a Mission Fan Pack following the event.

At the end of the season, Mission Fan Pack winners were invited to a Zoom call with Arrow McLaren SP, Mission Foods and driver Pato O’Ward to take a behind-the-scenes tour of the Arrow McLaren SP team garage. On the call, Ness was announced as the winner.

“It was very cool,” Ness said. “I was speechless. The moderator on the Zoom said, ‘Say something,’ but I simply could not. I’ve always been a fan of McLaren and INDYCAR is the best form of motorsport in the world.”

“We are pleased to provide a fan with an Indy 500 experience for the second year in a row,” said Juan Gonzalez, Mission Foods Chief Executive Officer. “Mission Foods is proud to bring motorsports and fans together, just like our delicious products bringing people together around the table. For Taylor and his father, I hope this will be an unforgettable moment.”

Ness and his father, who is his chosen guest, not only won two tickets to the Indy 500, but also a ride with a driver in the INDYCAR Two-Seater Experience. The winnings also include paid airfare, lodging and a $500 gift card for meals and other expenses during their trip.

Ness said that racing has been a lifelong passion for him. “I have been into things with wheels ever since I think I knew what they were,” he said.  “What kid doesn’t love going fast?”

He said he raced go-karts as a child but found the most joy in working on race cars and going to the track with his family. His parents were major supporters of his racing enthusiasm.

“We went to Watkins Glen INDYCAR racing a lot because it was close to where I grew up,” Ness said. “I knew my dad was the right person to take to the Indy 500 because of our history of going to races together.”

In addition to being an INDYCAR race fan, Ness is also a fan of Mission Foods. “I go out of my way to buy their tortilla strips,” he said. “They’re so, so good.”

Ness said he hopes to eat plenty of Mission Foods’ limited edition Racing Style Tortilla Chips, which are made in the shape of racecars and motorcycles and available at Mission Foods-sponsored racing events. “I wish I could buy the racecar chips at the store, but having them at the racetrack makes them special,” he said.

Ness and his father will be flying out on Thursday morning. “We don’t want to miss anything,” he said. “I’m so excited to go and support the team. They’ve got a good chance to win on Sunday.”