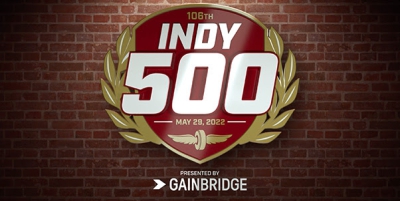 Scott Dixon further cemented his legend as one of the greatest-ever INDYCAR SERIES drivers, earning his fifth career Indianapolis 500 presented by Gainbridge pole Sunday with the fastest four-lap average speed for a pole sitter in the century-plus history of “The Greatest Spectacle in Racing.”

As the last driver on track in the Firestone Fast Six, six-time NTT INDYCAR SERIES champion Dixon delivered the drama with a four-lap average speed of 234.046 mph in the No. 9 PNC Bank Chip Ganassi Racing Honda. Dixon, from Auckland, New Zealand, earned a $100,000 for the NTT P1 Award and is just one shy of four-time Indy winner Rick Mears for the most poles in “500” history.

“That’s what this place is about; it’s so amazing,” Dixon said. “It’s crazy. This PNC Bank No. 9 crew and Honda, they brought it today. Just so happy for everybody.”

Dixon’s run broke the all-time pole record speed of 233.718 set in 1996 by Scott Brayton. Arie Luyendyk set the all-time four-lap qualifying average speed record of 236.986 in 1996, but his run came on the second day of qualifications and wasn’t eligible for the pole.

“To get five of our cars into the fast 12 and four into the (Firestone Fast) Six, I hope Chip has a smile on his face.," Dixon said. "That definitely deserves a smile.”

Rinus VeeKay took the last spot in the front row for the second consecutive year, qualifying third at 233.385 in the No. 21 Bitcoin Racing Team with BitNile Chevrolet fielded by Ed Carpenter Racing.

ECR owner-driver Ed Carpenter will start fourth in the No. 33 Alzamend Neuro Chevrolet after his run of 233.080.

The third and fourth rows were set during Top 12 qualifying, the first time-trial session of the afternoon.

Dixon opened the two rounds of qualifying today by leading the Top 12 qualifying session, for the 12 quickest drivers during qualifying Saturday, with a four-lap average speed of 233.510. VeeKay was second at 233.429.

Johnson produced the biggest show for the fans – and elicited the most gasps from pit lane – during Lap 1 of his four-lap run. His car veered toward the SAFER Barrier in Turn 2, and he narrowly avoided contact with a major power slide at 230 mph, keeping control of his machine and finishing his run.

“Just trying to find that right balance in the race car,” Johnson said. “These guys are so good at what they do. In these trickier conditions, I just need more experience.”

Up next is a two-hour practice session for all 33 starters from 1-3 p.m. (ET) Monday, with live coverage on Peacock Premium and the INDYCAR Radio Network. Then it’s on to the final practice before the race, from 11 a.m.-1 p.m. Friday, May 27 on Miller Lite Carb Day.

The 106th Indianapolis 500 presented by Gainbridge is scheduled for Sunday, May 29, with live coverage starting at 11 a.m. on NBC, Telemundo Deportes on Universo and the INDYCAR Radio Network.