The Marked Distinctions Between IndyCar and F1 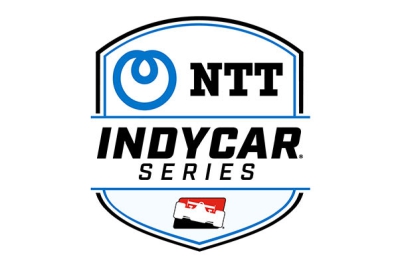 Yet, different aspects may distinguish one type of motorsport dynamic from the other. IndyCar and F1 are the perfect examples of how motorsports also keep the industry diverse. Whether one opts to check for sports news or stats, IndyCar and F1 are still some of the most dominating trends in world motorsports.

IndyCar, primarily based in the U.S., is one of the most popular motorsports in the country. Fans across the U.S. will mobilize to stay on top of every event. IndyCar has developed a business and manufacturing model to facilitate the production of every single race to keep the support as standard as possible.

Currently, the two main providers of engines for IndyCar competitions are Honda and Chevrolet. As a result, these two suppliers have become the most prominent brands in the world of IndyCar manufacturing and engineering.

In the world of F1, the story is a bit different. Different manufacturers such as Ferrari, Mercedes, and Honda are the largest suppliers of F1 engines among teams. In addition, some teams, such as McLaren, have had partnerships with Mercedes and Honda. Yet, in the end, teams are devoted to making the right modifications to the engines that stay within the predetermined F1 guidelines.

However, in the world of F1, manufacturers are more diverse, resulting in a broader scope of how fans can appreciate the sport. Not only does it become varied, yet it leaves more space for teams to explore different partnerships with certain engine manufacturers.

When it comes to chassis, IndyCar is also well standardized. F1, on the other hand, is all up to each team to build according to every single approved guideline set by F1 motorsport authorities.

Approach to the Track

IndyCar is an approach to keeping speed consistent, and the more straights there are on a track, the higher the speed IndyCars can achieve throughout a race. The story is also quite different when considering F1.

In the world of F1, tracks are all over the world and each one is designed by authorities in every country. These tracks are twisted, curved, and more intertwined than IndyCar tracks. F1 cars were made not just to make the most of the straightaways and be able to highlight performance on the twists and turns of every single corner.

This main distinction also forces drivers to have a different approach when racing in either category. For IndyCar drivers, the name of the game is to make the most of every straightaway, and technique must be narrowed to genuinely taking advantage of every opportunity to reach higher speeds on them.

It’s All In The Curves

For F1 drivers, every turn counts. The degree of technical difficulty augments when drivers must take certain turns at over 100 mph. This implies that straightaways are not the focus of the course. Instead, every single turn and loop are important.

Drivers are not just focused on surpassing others on straightaways. Instead, they are focused on making the most of every single point on the racetrack where there might be potential to pass their opponents.

These two main characteristics have made F1 the most popular motorsport globally. Still, IndyCar dominates the U.S., and its different and more raw approach to driving will most likely keep it as the top driving dynamic in the country for years to come.