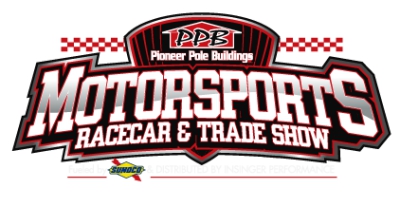 The PPB Motorsports Show this weekend, January 21-22, 2022 inside the Greater Philadelphia Expo Center will showcase auto racing in all of its forms and all of its glory.

Masks for show attendees are recommended but no vaccinations are required. Because of Covid-19 there will be no autograph alley in place but there will be many autograph and photo opportunities throughout both days of the show.

Nearly 200 race cars, representing all motorsports, will be on display through out the huge show display area. Many never before seen and vintage race cars will fill the building.

Among the annual show highlights is the recognizing of a speedway and the legacy it carries in the sport.

Over those 25 years of auto racing, Modified Stock Cars, Sprint Cars, Super Sportsman, and Late Models raced hard on the big half mile. Many of the drivers who competed at Penn National will be on hand to greet Motorsports Show attendees and several of the restored race they raced will be on display.

Galen Koller and the Reading Stock Car Association Historical Society have done an exceptional job organizing the display, interviews and driver and car appearances. Penn National, after all, was fashioned in the image of the Reading Fairgrounds and constructed under the supervision of Lindy Vicari, Reading’s larger-than-life promoter. For the first two years of Penn National’s existence, 1971 and 1972, the track ran on Saturday nights with the Reading Fairgrounds racing Friday and Sunday nights,

Vintage race cars that ran at Penn National and that will appear in the track remembrance display include the No. 37 Modified driven by Bruce Young, The No. 74 Modified driven by Bobby Braxton, formerly owned by Frank Wiechecki and now owned by Lowell Sutton, the late Freddy Adam’s No.  owned by Tom Orth, and one of Glenn Hyndman’s No. 126 Sportsman Modifieds driven to many wins by Billy Pauch and now owned by Wyatt Jacobus.

Three Sportsman Modifieds driven by the late Ronnie Tobias will form a tribute to the much admired racer. The No. 555 owned by Dianne Tobias, the No. 100 owned by Mabel Fidler and the No. 17 owned by Davey Wenger will all be displayed in pristine condition.

Two other Sportsman Modifieds, a No. 24 driven and still owned by Russ Delp, Jr., and a No. 42, driven by the late Diz Dean (Royce Renfro) and now owned by Mike Grim will also be front and center in the Penn National exhibit.

Other vintage cars in the booth include the Lynn Paxton driven, Boops Aluminum No. 1 410 Sprint owned by Amber Miller and Butch Krieser’s No. 17 Winged Super Sportsman owned by Bill Fenicle.

Past promoters planning to participate in interviews include Debbie Tobias Lotier, who ran the races with her family and took over executive operations in the immediate aftermath of the death of her father Dick Tobias, and Bobby Gerhart, Jr., who ushered in the Richard Carlino promotional era at Penn National.

Hollywood Casino at Penn National Race Course opened February 12, 2008 and on July 13, 2010, table games began operation. Over 2,450 slot machines, ranging in denomination from one penny to $100, and over 56 table games are available for guests.

Georgetown, Del. dirt Modified champion Ryan Watt will debut a brand new Ronnie Robert’s No. 14w in the Bob Hilbert Sportswear booth at the show. Right alongside his car will be a Sportsman Modified that will be driven by his teenage son Logan this season.

Davey Sammons will be returning to his familiar No. 79 this year. He’ll debut a sharp looking Pioneer Pole Buildings sponsored race car in the Hilbert display as well.

At the Pioneer Pole Buildings display there will be several cars including a brand new Billy Pauch No. 1 and a Freddie Rahmer No. 51 410 Sprint car. Lincoln Speedway track champion Freddie Rahmer will have his Pioneer sponsored No. 51 410 winged Sprint Car on display. Jonathan Swanson will have his USAC East Coast No. 17J wingless Sprint Car as part of the exhibit among others. All Pioneer drivers on hand at the show including Sammons will be signing autographs at the Pioneer display on Saturday.

Bob Dauernheim of Flemington, New Jersey will have his Team 608 Bonneville Salt Flats in Utah 300 mph AA/Gas Lakester streamliner at the show. The car is powered by a 582-cubic-inch Chevrolet big-block engine that produces 1,150 horsepower driven by Don Biglow.

Rusty Smith will be displaying two of Frankie Schneider’s most success race cars at the show. The famous red and white No. 2 coach has been totally restored while Schneider’s “Old Bess” coupe remains in a barn fine condition.

Lenny Swider will have his Howie Cronce No. 9 Falcon dirt Modified on display at the show. The restoration of this car was well documented in the pages of the Area Auto Racing News and it’s a must see in person.

Look for 360 Sprint car star Davey Franek of Montage, N.J. to have his always beautiful No. 28 at the show.

Aqua-Duck Water Transport is returning as sponsor of the always popular Ms. Motorsports Pageant which will be held on Friday evening this year in the larger D-Hall. Cash prizes will again go to the top three with the winner receiving $1500 and a poster deal. Applications are currently available on-line at the event web-site.

And there is so much more to see and do during the excitement filled two days of show activity.

All the information that exhibitors need is available on line at motorsportstradeshow.com, by sending an email to Danny Sammons at This email address is being protected from spambots. You need JavaScript enabled to view it. or by calling the show office at 609-888-3618.

The latest show information can be had at the show website www.motorsportstradeshow.com