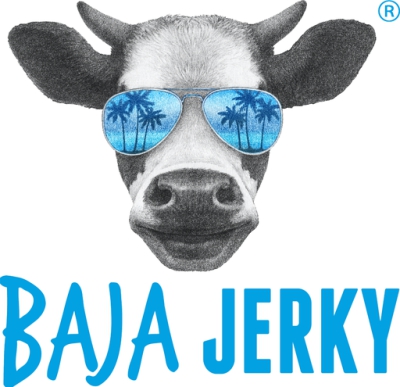 Baja Jerky Racing Team is excited to announce that they’ll be sponsoring Robby Gordon and the Speed Energy Racing Team at the upcoming Mint 400. This unconventional partnership came about as a result of the astounding sportsmanship that Gordon showed driver Larry Roseler and the Baja Jerky Racing Team at this year’s Baja 1000. With approximately 90 miles left in the 1,226 mile-long race, the Baja Jerky Trophy Trucks’ transmission blew and Gordon kindly towed Roseler four miles to Baja Jerky’s pit support crew so that they could get the help they needed to limp to the finish line.

To show their appreciation for Gordon’s act of sportsmanship, Baja Jerky has offered to sponsor Gordon in the Mint 400 where he’ll run the Baja Jerky Orange. Additionally, the two have agreed that if the Baja Jerky #43 Trophy Truck has any issues at the race, Gordon will have Roeseler and his co-driver join him to finish the race in his truck as another classic show of sportsmanship. The two are competing as separate teams in the race; however, the end goal is to get at least one of the trucks across the finish line.

Taking place annually in Las Vegas, Nevada, the Mint 400 is the oldest off-road race in America. The 400 mile race is usually held in March, but this year it will take place on December 4th, only two weeks from when the Baja 1000 race finished. Due to the close timing of these races, the Baja Jerky Racing Team will just finish replacing the transmission on their trophy truck before hitting the roads of the Mint 400. Gordon will also be driving in the same truck used in the Baja 1000 race; however, his truck fared much better.

“I have the utmost respect for Robby,” said Larry Roeseler. “What he did for me and the Baja Jerky Racing Team at the Baja 1000 race a couple of weeks ago is hands down one of the most notable acts of sportsmanship this sport has ever seen and it will not go forgotten, especially by me. I’m so thrilled to be part of a team that appreciates sportsmanship and much as I do and that wants to return the favor to Robby by sponsoring him at the Mint 400. I’m looking forward to another unforgettable race, especially knowing that I have the support and help from Robby if things go ary.”

Since entering the off-road racing community in September of 2020, Baja Jerky Racing Team has found quick success at the hands of driver Larry Roeseler, who won first place at the Baja 500 in June and had a solid finish of 8th at the Baja 400 and has helped earn the team first place in the points standing heading into the Baja 1000. At age 64, Roeseler, aka “Mr. Baja,” was the oldest driver to ever solo the Baja 1000.