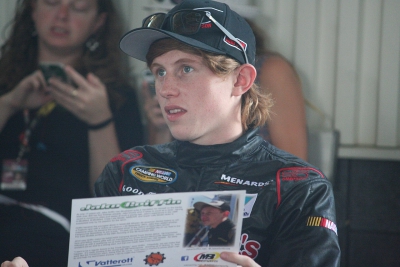 Jake Griffin competes in the NASCAR CAMPING WORLD TRUCK SERIES with a  best finish of 4th Place. Griffin became the youngest driver in NASCAR Whelen All-American Series history to win a Feature race with a victory at Lebanon I-44Speedway (MO). Jake then added another milestone when he became the youngest driver in the history of Nashville's famed Fairgrounds Speedway to win a pole. 14 year-old Griffin out-qualified the 27car field in the Pro Late Models portion of the 29th Running of the All-American 400.

This will be Jake Griffin’s first time driving for the STATEWIDE SOLAR team in their #7 open wheeled modified.

STATEWIDE SOLAR has over 17+ years of experience in the solar industry.  Providing solar installation solutions that immediately reduce their energy costs. Visit STATE WIDE SOLAR AT STATEWIDESOLAR.COM  or by calling 314-455-8183.

The Castrol GATEWAY DIRT NATIONALS is an annual event held in St. Louis, MO at the Dome and will be televised live December 2-4th on FloRacing.  Indoor Dirt Racing at its finest featuring open wheeled modified and late model events.