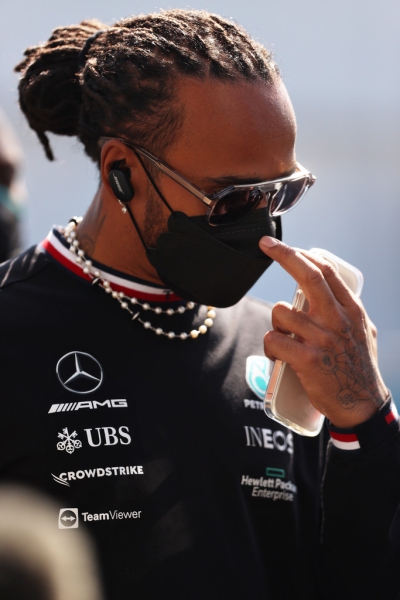 41 organizations representing millions of people around the world sent a joint letter to Formula 1 star Lewis Hamilton calling on him to use his invitation to speak with Saudi leaders at the Saudi Grand Prix to highlight human rights concerns. This race marks the first time Saudi Arabia has ever hosted a Formula 1 event. The organizations ask Hamilton to make demands in five specific issue areas: women’s rights, labor rights, prisoners of conscience, the war in Yemen, and democracy.

The letter thanks Hamilton for his recent call for scrutiny over Saudi Arabia’s human rights abuses. Hamilton has been a vocal advocate for Black Lives Matter and has expressed concern for Bahraini torture victims when the sport traveled to Bahrain in the 2020 season.

Danaka Katovich, a national organizer with CODEPINK said “Lewis Hamilton has a unique opportunity. Miles away from the race, the Saudi military is carrying out a suffocating blockade on Yemen that is starving a child every 75 seconds. This event is intended to be a distraction from the Saudi government’s war crimes, but if the star of the sport is calling direct attention to it, people won’t be able to look away.”

“Yours, and other Formula 1 driver’s comfortable stay in Saudi Arabia will not be possible without the countless foreign laborers who are exploited in the Kingdom” the letter highlights  the concerns about labor rights in Saudi Arabia. “Under the current system, many migrant workers, including domestic workers who are primarily women, are trapped with abusive employers, and can face arrest, deportation and bans if they leave their employers without their consent.”

The organizations who have signed on are concerned about “sportwashing”. "Saudi Arabia's dictatorship is trying to hide its brutal crimes behind a wave of sports-washing," said Sunjeev Bery, Executive Director of Freedom Forward, an organization that campaigns for human rights and democracy. "Lewis Hamilton and other courageous advocates for freedom have an opportunity to cut through the dictator's propaganda and stand together with the brave Saudi and Yemeni voices who are demanding freedom and peace."

The letter also highlights the experiences of Saudi women’s rights activist Loujain AlHathloul, who was released from prison in February 2021 after being sentenced by a terrorism court for her activism. While detained she experienced torture and threats of violence. Her release comes with conditions as she remains on probation and is not allowed to leave Saudi Arabia for five years. “It is our sincere hope as a family that Mr. Hamilton considers the gravity of supporting a country like Saudi Arabia that imprisons and tortures its own citizens like my sister Loujain. Although she has been released from prison, she is far from free. Why is she forbidden from speaking out about her experiences in prison? We all know what they want to hide. It is through Mr. Hamilton's advocacy that we can apply pressure to demand the truth and continue to send a message to Saudi Arabia that they cannot sports-wash their continued human rights violations away,” said Lina AlHathloul.

Arab Organisation for Human Rights in the UK

Arise: A Festival of Left Ideas

Bahrain Institute for Rights and Democracy

Center for Democracy and Human Rights in Saudi Arabia , CDHR