Is Formula E on Its Way to Overtake Formula One? 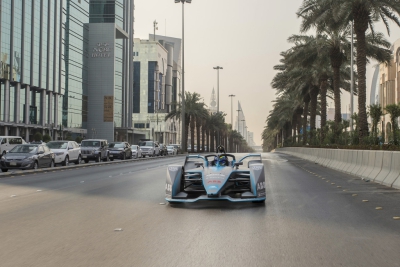 This year, we celebrate 10 years since the launch of the ABB FIA Formula E World Championship – the electric cars motorsport racing series that promotes clean mobility. Since its inauguration in 2014, the series has hosted seven seasons and has gained millions of viewers from all over the world.

The amalgamation of the climate crisis, eco-awareness, and the boom of electric cars are all vital in the positioning of Formula E as a pioneer in green mobility. But where does the sustainable motorsport stand compared to the original racing series that defined years of single-seat motorsports – Formula One?

In September 2020, Formula E was certified as the first and only net zero carbon sport since its launch. But the journey to offsetting its carbon emissions is imbued with consistent efforts to implement and promote sustainability in every aspect of the race in line with the UN Climate Neutral Now initiative. The initiative has the Paris Agreement as a framework of stimulating organisations to adopt transformative changes that will help them reach carbon neutrality in the second half of the twenty-first century.

It all started with a clear vision for putting clean mobility at the forefront of the streets of some of the most iconic cities in the world. Formula E’s aim is to achieve “a clear trajectory for the global sports community to combat climate change,” while raising awareness for climate action. In the words of Formula E CEO Jamie Riegle, “We have a responsibility to minimise the environmental impact of our global sport and are pleased to support vital environmental projects in each of our race markets.”

But what is fuelling the electric cars race and the retrospective viewers’ interest? One thing is for sure: it’s definitely not fossil fuel. It’s no secret that the transport sector is one of the biggest sources of air pollution. In the UK alone, 122 million tonnes of CO2 were emitted in 2019 from domestic transport. According to a report commissioned by the European Environment Agency, about 412,000 premature deaths in Europe were caused by air pollution in 2016.

Electric cars and renewable energy sources might well be the solution to offsetting our carbon emissions, and Formula E is already taking precedence in the Race for Clean Air. Formula E’s implementation of advanced technology and innovative designs is feeding into a strategy of continuous improvement, and it’s more than contagious. The green motorsport started with its Gen1 electric cars at the time of the first season, went through its Gen2 models and is introducing its Gen3 cars in 2022.

Meanwhile, the engineering firm GKN Automotive is working in partnership with the Jaguar Racing Formula E team to implement 800V technology in its eDrive systems. These cutting-edge developments are predicted to enter the roads in less than three years.

While commercial electric cars aren’t as advanced as those featured in Formula E yet, they’re key to offsetting our global carbon emissions and are soon to become a must. The UK government has announced a two-step phase-out of petrol and diesel cars by 2030 which are to be replaced by electric ones as part of UK’s Road to Zero strategy. Despite their current costly prices, more affordable models are to appear in dealerships. Alternatively, an array of used and new electric cars inspired by the latest technology.

Charting the growth of interest in Formula E

It seems that Formula E is driving not only sustainability forwards but also growth in terms of viewers. Season seven received a record total of 316 million views worldwide, which amounts to 32% year-on-year growth. In the UK alone, there was a 156% increase in domestic audience following the return of the London E-Prix after four years. Other countries that saw an audience boost include Germany (338%) and Brazil (286%).

But what is driving the growing interest in the electric cars race series?

Ahead of the start of season seven, Formula E has secured media partnerships with over 40 broadcasters. In the UK, an extended partnership with the BBC offered free-to-air coverage for Britons. As a result, there has been a 26% increase during the time viewers are tuning in live globally, which is a 62% share of the total views.

Formula E CEO Jamie Reigle commented: “This was a record-breaking year for Formula E as we worked with our teams, media partners and sponsors to deliver a fan-first strategy emphasizing live race audience development and direct engagement on our digital platforms.”

The pandemic: a sword with two edges

Nevertheless, the pandemic played a crucial role in highlighting climate change issues and sustainability initiatives. And with electric cars predicted to penetrate the market heavily in 2021 and onwards, Formula E reaped the benefits of the uplifted eco-awareness. Skyrocketing views of season 7 and a record high of 110,000 monthly searches in April 2021 defined the comeback of the clean mobility connoisseur racing series – or, shall we say, the beginning of a new era of climate action in the sports industry?

Is Formula E overtaking Formula One?

Given the ever-growing interest in electric cars, sustainability, and climate change, it’s inevitable that people would have their eyes set on green motorsports rather than fossil-fuelled ones such as Formula One.

Entertaining viewers since 1950, Formula One is one of the most renowned motorsports which enjoys over 300 million worldwide viewers every year. However, there’s been a slight decrease from 490.2 million viewers in 2018 to 471 viewers in 2019 and 433 million viewers in 2020. In 2015 Richard Branson, owner of the Virgin racing team, commented that Formula E will overtake Formula One in five years’ time. "I think four or five years from now you'll find Formula E overtaking Formula One in terms of number of people [watching] and more and more, as time goes on, clean energy businesses are going to power ahead of other businesses," said Branson.

Nevertheless, it’s important to note the key differences between the two championships. Formula E focuses on sustainability and energy management with the aim of promoting sustainable mobility, while Formula One is on a mission to showcase innovative car tech.

Although there is a slight decline in viewers of Formula One, so far, we haven’t seen any major trends in terms of Formula E overtaking F1, but that might change in the future.

Yes, the future holds a boom in electric vehicles, sustainability initiatives, and more renewable energy sources that will penetrate every sector. The sports industry is already making a leap in promoting a greener future and Formula E is the perfect example of that. Reaching the global net zero goal is all about rethinking how we can be more sustainable, and Formula E is leading the way!