Drydene Xtreme DIRTcar Series Debuts at I-75 Raceway This Saturday 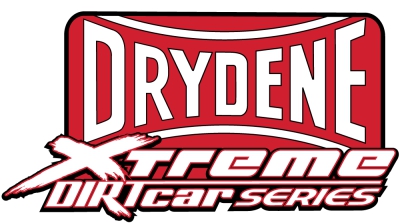 Round three of the 2021-22 Drydene Xtreme DIRTcar Series campaign takes to the Volunteer State this Saturday, Dec. 4, for its first-ever appearance at I-75 Raceway.

A $5,000 check is on the line as the Xtreme Series stars battle it out for 40 laps around the 3/8-mile oval. Pit gates open at 10am, grandstand gates at noon. Hot Laps are scheduled for a 1:30pm start time.

If you can’t be at the track, stream every lap live with a FAST PASS subscription to DIRTVision presented by Drydene.

79 IS FINE – With reigning champion Chris Madden not in contention for a third consecutive title this winter, the door is wide open for a new head to don the Xtreme Series crown. Leading the way through the first two races is none other than the current points leader, Ross Bailes.

The Clover, SC-native holds a three-point advantage over second-place drivers Carson Ferguson and Ben Watkins coming into I-75. With one Series victory already this year, Bailes’ best chance to win his second career regional Super Late Model championship is on the horizon.

Bailes has already done some homework on I-75, notching a fifth-place finish at the track in October. He’ll take the Billy Hicks-owned #79 to Tennessee on Saturday, searching for his first Super Late Model win in the state since 2019.

WELCOME TO THE LEAGUE – Super Late Model racing’s newest breakout has had himself quite a successful first few outings.

Piloting a Donald Bradsher-backed Longhorn Chassis, Carson Ferguson shined in his Super Late Model debut in the season opener at Lancaster with a fourth-place run from 15th on the starting grid. The next day, the 21-year-old from Lincolnton, NC, once again climbed to fourth and held it together through all 100 laps of the Blue Gray 100 at Cherokee Speedway, setting him second in the points standings.

After a $10,500 sweep in Georgia with his 604 Crate Late Model last weekend, Ferguson’s ready to get back behind the wheel of a Super on Saturday, chasing his first win with 850+ horses under the hood.

HELLO, SWEETWATER – The first-ever visit to I-75 marks the seventh different track the Xtreme Series has visited since its inception in 2019. The most recent track debut happened at the half-mile Lancaster Motor Speedway two weekends ago, where Ross Bailes scored the win in the season opener.

I-75 has hosted Super Late Model racing five times in 2021 with several different regional series. Many of the same drivers who took part in those events are projected to compete again against the Xtreme stars on Saturday.

Ray Cook, Stacy Boles, Christian Hanger, Craig Greer, Steve Smith, Dakota Smith, David Payne, Eli Beets, David Crabtree and Colton Profitt have each made their presence known over the regular season and are expected to represent their locales for the final time at I-75 this season.

HOME GAME – When it comes to Super Late Models at I-75 in 2021, one man has consistently stood over the rest.

Corey Hedgecock, of Loudon, TN, has been nothing short of stellar at the venue this season with two wins and no finishes worse than fourth over five starts. His most recent triumph came last month in regional competition, where he led all 50 laps of the Tennessee Fall Nationals and bagged a grand total of $15,000 – the richest payday of his career.

The 29-year-old regional racer has one previous Xtreme Series start, which came on December 7, 2019, at Volunteer Speedway, where he finished ninth.