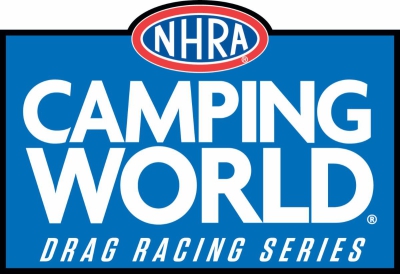 NHRA championship drag racing fans now have access to exclusive NHRA programming for free on a dedicated 24/7 channel.
Available now on 10 streaming platforms and services, the NHRA channel launched Monday, November 15 on Tubi, FOX Entertainment’s free streaming service, and Tuesday, November 16 on The Roku Channel (channel 249) in the U.S.
The channel is also available now on Plex, LocalNow, Rad TV, The Roku Channel (Canada), Zeasn, SelectTV, Sports.TV and SportsTribal (international territories). The NHRA channel is expected to launch on additional platforms in the coming months.
The NHRA channel will feature an extensive dive into the history of the sport with more than 60 years of programming on display, including the best from the Diamond P Sports archive that dates back to 1983. In addition, newly digitized content that hasn’t been viewed in decades will roll out very soon.
New programming will be added each month, including recent seasons from NHRA on FOX, and exclusive original programming which will give fans the opportunity to watch the thrills and intense action of NHRA Camping World Drag Racing Series racing at their convenience all year long.
“We’re thrilled to give our fans an additional outlet to watch NHRA drag racing for free at any time on connected devices,” says Steve Reintjes, NHRA’s V.P. of Broadcasting. “It’s also a tremendous opportunity to program rarely viewed content from our extensive NHRA archive which dates back to the 1950s.”
Management and distribution of the channel is being handled in conjunction with the NHRA by Pearl Max Media, who oversees the programming and daily operation of the channel across all platforms. Ottera will also power the channel on the back end.
Premium programming titles available now include:
The NHRA channel is dedicated to delivering free, quality programming, and is designed to support new and longtime fans alike.
Roku is a registered trademark of Roku, Inc. in the U.S. and in other countries. Trade names, trademarks and service marks of other companies appearing in this press release are the property of their respective holders.